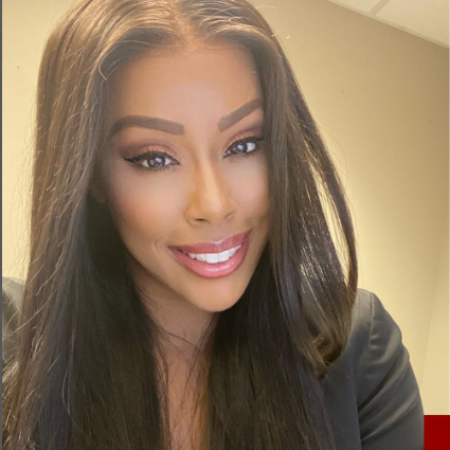 Kim Klacik, an American businesswoman and politician, is a former congressional candidate for the US Federal Government. Famous as the Republican nominee for Maryland's 7th congressional district in 2020, Klacik made news headlines after she reportedly used up $7.5 million of the fundings of the campaign into advertisement and profile elevation. Also, she is the founder of the non-profit organization, Potential Me, which is not far away from accusations as well.

Born on January 19, 1982, Kimberly Nicole Klacik is one of three children to Katrina Bray and James Bray. She is a native of Accokeek, Maryland, the United States of America, where she grew up with her siblings: Kyle and Corey Bray. Klacik is an American by nationality and has a black ethnic heritage.

From 2000 to 2002, Klacik attended Bowie State University but moved out before receiving a degree. Then, she enrolled at the College of Southern Maryland (20020-2003), where she studied Hospitality Administration and Management.

In 2010, the Republican candidate moved to Baltimore where she would start her career as a manager. Later, she worked as an executive a s sistant and also as an event coordinator before stepping into politics.

What Is Kim Klacik's Relationship Status? Her Husband?

Despite being in the limelight as a politician along with a busy schedule as a businesswoman, Klacik does seem to have quite extraordinary time management. No wonder, she is an idol mom and a wife. Currently, the media personality is in a marital relationship with her boyfriend-turned-husband Jeffrey Thomas Klacik. Further details on Jeff is yet to be out.

As reported, the couple began dating in 2011 and later married in May 2013. Ever since they are together without any mishaps in their relationship. 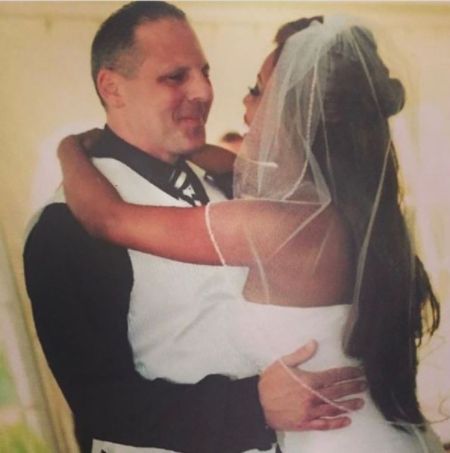 CAPTION: Kim Klacik and her husband Jeff are married since 2013 SOURCE: [email protected]

On the occasion of their 5th wedding anniversary in 2018 and then in 8th anniversary (in May 2020), Klacik shared a picture of their wedding on her Instagram (@kimberlyklacik).

Together, they are parents to a child, daughter Olivia Ann Klacik. On May 8, 2021, Klacik, on her IG post on the occasion of Mother's Day shared a picture with her daughter, and stated she was 34 when she became a mother. It suggests Olivia was born in 2016. 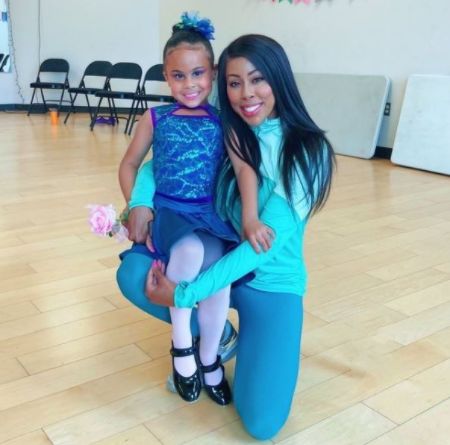 Currently, the family of three lives in Middle River, Baltimore County, Maryland. Also, some online sources suggest Klacik to be a mother of two children.

A Quick Look At Her Net Worth And Career

Kim Klacik, an American businesswoman and politician had amassed an estimated net worth of around $500 thousand as of 2021. Klacik, who is now in her forties, grabbed her earnings as a social worker, entrepreneur, and politician. Similarly, her fortune as of 2022 is estimated at around $2 Million. Likewise, her husband, Jeff Klacik is an American businessman with a fortune of around $1.5 Million. The poltician has 536k followers on her Instagram account and might earn a considerable amount as a sponshorship post. She has used her social media handle to promote her political career and she often posts her campain ads. No doubt, the businessman's spouse has a luxurious life.

As per her LinkedIn profile, the businesswoman works as an event coordinator and handles the sales department in GGC/Klacik & Associates.

She is the founder of a nonprofit organization, Potential Mel; founded in 2013. It helps women with workforce development. In 2020, it was stated that her organization had filed only one tax return since 2013, reporting revenue of under $7 thousand and expenses of under $3 thousand. Though they claimed to provide help to 200 women, in 7 years, the non-profit had only proved clothing to 10 people.

Klacik is a part of the Baltimore County Republican Central Committee. In April 2020, she was a candidate in Maryland's 7th Congressional District to replace late Elijah Cummings. She lost to Kweisi Mfume, who won with 73.8% votes. In November 2020, she again lost to Mfume for Maryland's 7th Congressional District representative. She has received only 28 percent votes while Mfume received 71.6% equal to 237,084 votes out of 330,998.

Reportedly, after the support of former President Trump, Klacik saw a burgeoning fund aids in her campaign, collecting $8 million. As per FEC reports, she spent about $7.5 million in the advertisement of campaign and profile elevation; paid $3.5 million to Alexandria, Virginia-based digital advertising and marketing firm, Olympic Media Group.

Does Kim Klacik have Children?

What is Kim Klacik's Net Worth?