Kim Fields less known personal life and her net worth 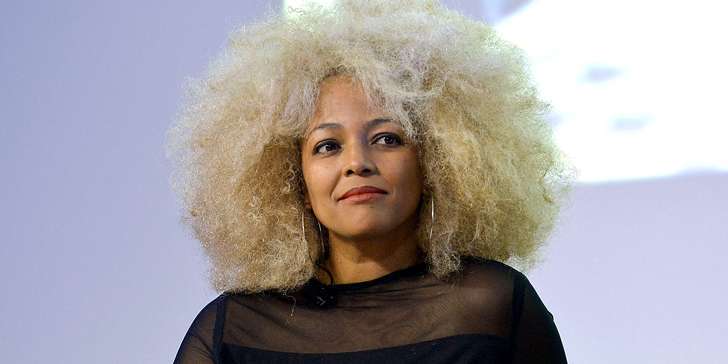 Kim Victoria Field; American actress, singer and television director is known for her roles as Tootie Ramsay on the NBC sitcom; the facts of Life and as Regina Hubter on the Fox sitcom Living Single. She is also the daughter of actress/director Chip Fields and older sister of actress Alexis Fields. She co-starred in a short lived sitcom called Baby, I'm Back along with Demond Wilson and Denise Nicholas before appearing on Facts of Life. Fields is mostly remembered for her role as Tootie in the NBC sitcom, The Facts of Life. And well who can forget her popular catchphrase, "We are in trouu-ble”. She later made her appearance on Good Times as a friend of Penny Gordon Woods played by Janet Jackson.

She has been active in music industry as well. In 1984, during the run of Facts of Life, she released two singles on the critique records label: the disco/Hi-NRG,"He loves me He loves me not" and "Dear Michael" which became a minor R&B hit. Not only had that but Fields also begun directing after getting a degree in hand from Pepperdine University. She has directed a number of episodes of the All That! spin off Kenan & Kel, in which she also appeared in two episodes. She has worked as director on the sitcoms Tyler Perry's Meer the Browns, House of Payne, etc.

Fields was married to film producer Jonathan Freeman from 1995-2001. She is the mother of two children from her then boyfriend, Broadway actor Christopher Morgan whom she got married to in a private ceremony on July 23 2007 officiated by Pastor Donnie McClurkin. Her first son, Sebastian Alexander Morgan was born on May 4 2007. Later on December 3, 2013 the couple welcomed their second child, Quincy Morgan in Atlanta, Ga.

In 2015 she was chosen as the newest cast of the Bravo reality series, "The Real Housewives of Atlanta". She joined the show alongside Amiya Scott on the heels of the departure of one of the most famous housewives in the franchise, NeNe Leakes. Here is something you should know about how much Kim Field actually earns. Well her work surely does get her lots of money but how much is it? Her net worth is said to be a whooping $8 million according to a famous source of celebrity net values. From her career as a child star and after making several guest appearances in different TV shows with her multi-career options of Music and Direction she has garnered a good fortune on her behalf for living the life of luxe. She was also announced in March 2016 as one of the celebrities who will compete in the season 22 of "Dancing with the Stars" alongside the professional choreographer partner Sasha Farber.