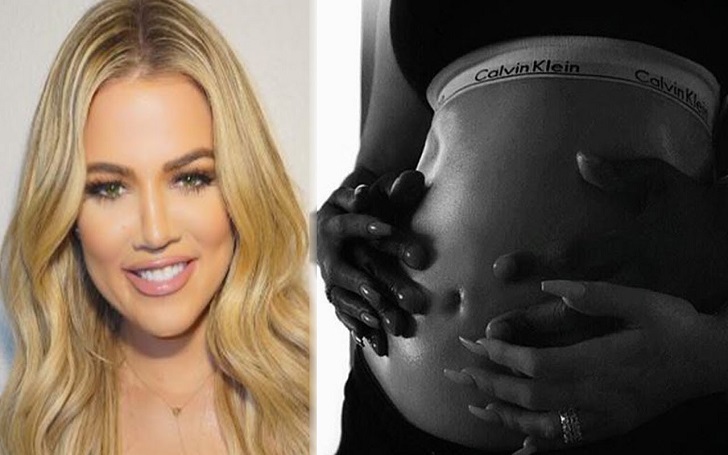 The next expecting mother of the Kardashian family, Khloe Kardashian, is on the footsteps of her family. 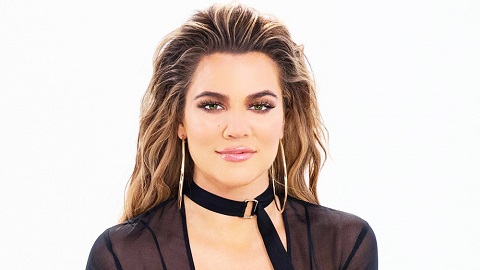 The 33-year-old host of revenge body took to twitter responding a fan on Sunday tweeted:

On the finale of season 13 of keeping up with the Kardashians, Khloe revealed the sex of her baby but she remained mum about the potential name ideas of her baby daughter.

I can barely decide what I want to eat. Let alone name a baby

In September 2017, reports of Khloe Kardashian and her basketball boyfriend, Tristan Thompson expecting their first child together broke out. It was later confirmed by Khloe after she shared a photo of Thompson on Instagram where he was cradling her baby bump. 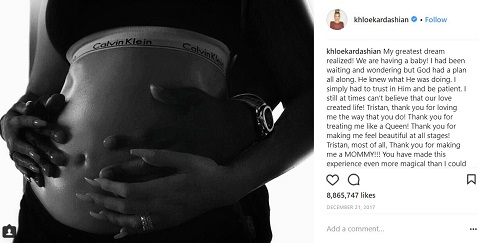 My greatest dream realized! We are having a baby! I have been waiting and wondering but God had a plan all along. He knew what He was doing. I simply had to trust in Him and be patient. I still at times can’t believe that our love created life!

On Monday, March 5, Khloe revealed her desire for her unborn baby and stated that she wants her daughter to speak many languages, take up singing and value self-love.