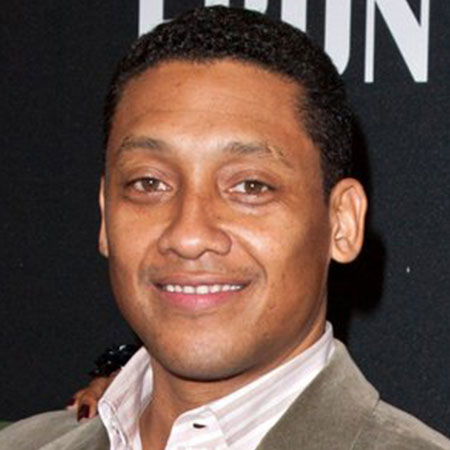 Grew up in a family of Chinese and African American heritage, Khalil Kain is an American actor and rapper, active in the entertainment industry since 1984. He is best known for roles in Juice and Girlfriends. Also, he is known for his portrayal of Marvin Cox in the 1997 romantic comedy, "Love Jones."

Khalil Kain was born Khaliloeron Kain on November 22, 1964, under the birth sign Sagittarius in New York City, the United States. He is of African-American and Chinese descent and is an American as per his nationality. His father Gylan Kain is poet, playwright, recording artist, who is also one of the founding members of The Original Last Poets.

Happy Mother's Day to my mama June. We all love you so much. Thank you for every sacrifice you've ever had to make for the love of your children. We appreciate you.

Further, he was raised in New York City lower east side, along with his sister, Amber Kain, who is also an actress, mostly stars in stage plays. He went to New York University for his graduation. Moreover, he is also a trained martial artist; got a black belt in the Korean martial art.

Khalil Kain began his acting career with his appearance in the 1992 American crime thriller film, Juice, along with Tupac Shakur, Omar Epps, Jermaine Hopkins, and many others. He then acted as Roosevelt Nathaniel Hobbs in the 1994 comedy play, Renaissance Man.

Moreover, Kain has also portrayed the golfer Tiger Woods in The Tiger Woods Story, and Marvin Cox in the 1997 romantic comedy, Love Jones. Notably, he also emerged in the 2001 American horror film, Bones, alongside Snoop Dogg, Pam Grier, Clifton Powell, and others.

He also performed in Girlfriends, One on One, For Colored Girls, and so on. To add to this, Kain also involved in student of martial arts since 1996 as an avid and holds a black belt in Hapkido.

As of February 2019, the actor Kain’s net worth is estimated to be around $1 million, as per celebrity net worth. He earned the net worth from his stellar career as a TV actor as well as a rapper.

It is reported that the average salary of hip hop music artist is $62,142 annually, and so, we can speculate his salary falls under the same range.

Khalil Kain is currently 55-year-old, as of 2020, and he is a happily married man. He got married to his long-term girlfriend, Elise Lyon, who is a fashion designer for Steve Madden. The couple is blessed with two children a son, Luka and a daughter, Noe Jae.

In the past, Merwin Mondesir, the Canadian actor stated Kain out as gay on his social media post, however, no official sites addressed the rumor. Moreover, he is a happily married man and this has shut all the questions that raised about his sexuality.