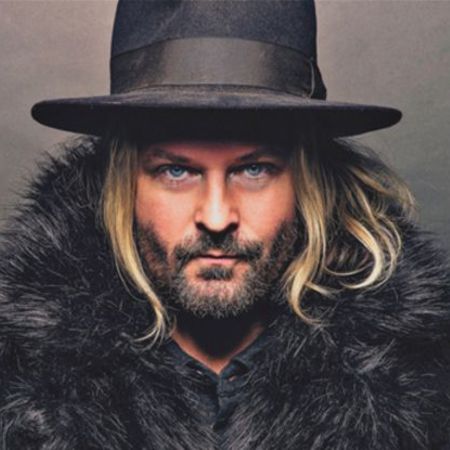 Kevin Max Smith is an American singer-songwriter, musician, and poet. He makes one-third of the Grammy Award-winning Christian rap-rock trio, dc Talk; and was a frontman for the Christian rock band, Audio Adrenaline.

How Old is Kevin Max Smith? His Age and Height

Kevin Max Smith was born on August 17, 1967, to a rock n' roll musician and an unnamed woman. When his mother gave him up for adoption, he was taken in by the Smith family of Max and Elaine Smith who raised him in Grand Rapids, Michigan.

He studied at Liberty University in Lynchburg, Virginia, where he was part of the band, Connection. He also met his future dc Talk bandmates Toby McKeehan and Michael Tait while at Liberty.

Kevin Max Smith started dc Talk with Toby McKeehan and Michael Tait 1987 while still at Liberty University. The trio made music incorporating rock and rap and had strong Christian overtones.

They released their debut studio album, the self-titled dc Talk in 1989. Their second album, 1990's Nu Thang propelled them to greater success and won them a Grammy Award. Their third and fourth albums Free at Last, Jesus Freak, respectively; and the live album, Welcome to the Freak Show all won the band Grammy Awards. They went on to release their fifth studio album, Supernatural, in 1998.

After their 2001 Grammy Award-winning EP titled Solo, the band went into an indefinite hiatus, more or less disbanding, albeit reuniting for special shows in 2017 and 2018.

After dc Talk, Smith focused on his solo career, and to date, he has released 18 full-length studio albums. He also briefly became the frontman for the reunited Christian rock band, Audio Adrenaline, from 2012 to 2014.

Smith has also dabbled in acting and most notably starred as Johnny C in the 2008 Christian drama movie, The Impostor. In 2014, Smith had an appearance in the Walt Disney biopic, As Dreamers Do.

Smith is also a noted poet and writer and besides his 2001 autobiography, Unfinished Work has released three books: 2002's Slip of the Ink, 2004's Divine Erotica, and 2014's Fiefdom of Angels.

Is Kevin Max Smith Married? Does He Have Children?

As of this writing, Kevin Max Smith is in his second marriage to Amanda MacDonald, whom he married in April 2005, after his first marriage with Alayna Max ended after seven years in 2004. 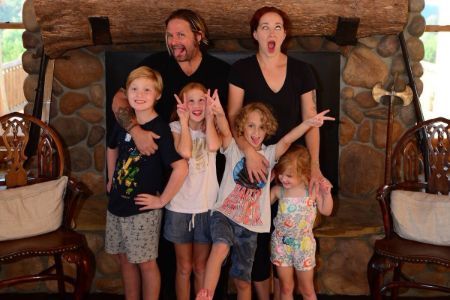 Smith and MacDonald have four children together: daughter London Ava Kay Max (born in October 2005); sons Wilder Liam (born on June 6, 2007), and Knightly (born in 2009); and another special needs child.

What is Kevin Max Smith's Net Worth?