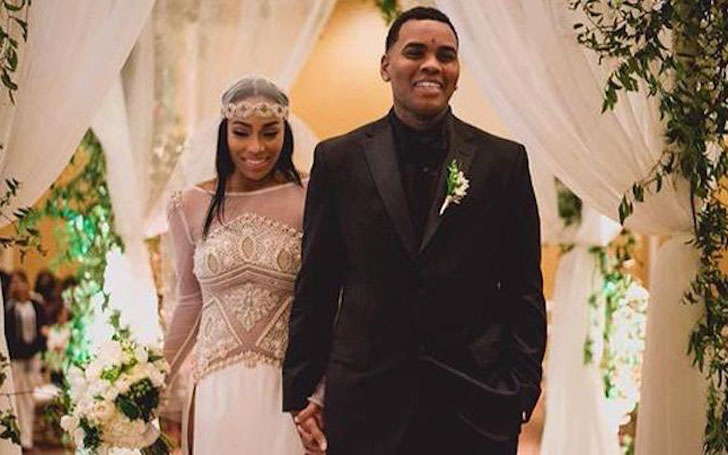 The American rapper and singer, Kevin Gates, is no doubt one of the talented stars with millions of fans around the globe, but that is not all, he is also a happily married man! Kevin and his wife Dreka Gates share one of the long-lasting relationships in Hollywood.

Kevin Gates and his wife Dreka Gates are together ( on and off) since 2002, however, the couple got married only recently, in 2015. That is definitely a commendable relationship. And because we have seen them support each other through hard times, like when Kevin was jailed, we can safely say the couple has a strong bond.

We are discussing this couple's married and love-life here in details!

Thirty-one-year-old Rapper Kevin Gates and his wife Dreka Gates are one of the most committing and loving couples of Hollywood. The pair dated for more than 13 years before announcing officially becoming husband and wife in 2015.

Kevin Gates married his long-term girlfriend and mother of his two children in October 2015 in a grand wedding ceremony. The couple was organized their wedding ceremony at Baton Rouge, Louisiana, United States. Kevin and Dreka are now happily married and blessed with beautiful children: Islah Koren Gates and Khaza Kamil Gates.

Kevin and his wife frequently share pictures of them together with their lovely kids on social media. If we observe their Instagram, we can see they are totally in love with each other and their bonding is still so strong.

Kevin was sentenced to jail for six months in October 2016. He was found after guilty of misdemeanor battery and kicking a woman in the chest during his concerts. During the time, Dhaka stood for her husband and supported him. She even criticized the verdict of the court.

The lovebirds appeared on an episode of Angela Yee’s Lip Service in 2016 where they discussed their married life which included some sex life details as well. Well, watching their interview we can say the pair are happily married and also sharing great sex life.

Kevin Gates Once Dated His Cousin!!

Kevin Gates once confessed that he dated his cousin! Stop the judgemental horses right there! Gates also confessed that he found out she was his cousin only after three months of dating. Gates continued to date her cousin for two years, guess the bond was already too strong to let go!

Gates hared two Instagram videos in 2015 where the rapper revealed that he already had sex with his cousin before he knew they were relatives.

According to TMZ, Kevin and the unidentified lady started dating in 2006 and they broke up after two years of dating. Kevin said to TMZ  that they are still good friends and close to each other, and he doesn't regret their dating past. Gates also confessed that he never know she was either his first, second, third cousin or even more distant cousin.