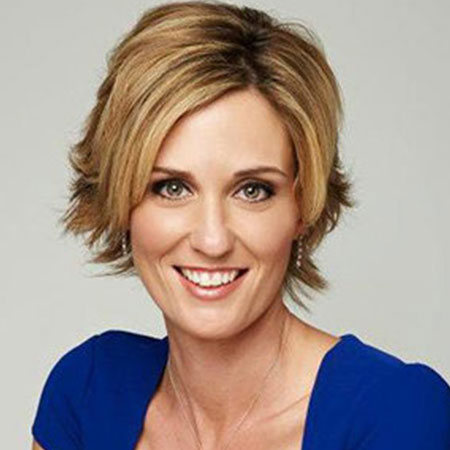 American journalist, television host, and actress, Kerstin Lindquist is one of the leading female hosts who has been working at QVC, the American home shopping network since 2011. She also served as a news reporter for several TV channels, including KION/KCBA CBS/FOX, KSBW NBC, KVBC NBC, and KGTV - ABC. Furthermore, Lindquist made her notable appearances in TV series as well.

Kerstin Lindquist was born on 27th October 1977 in Orange Country, California, under the birth sign Scorpio. She is American as per nationality and her ethnicity is White American.

Lindquist obtained a BA degree in political science from the Franklin & Marshall College. After completing graduation, Lindquist became a certified Yoga, Spinning as well as a Fitness Instructor. 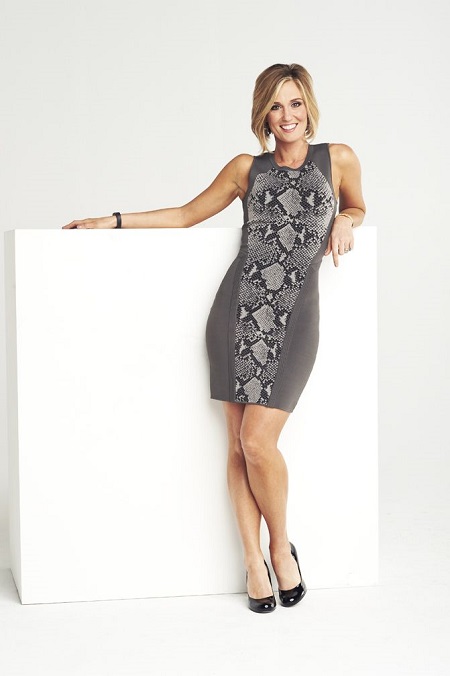 Kerstin then made her notable appearances in TV series such as That's My Bush! (2001) and The West Wing (2005.) Furthermore, she was also featured in a commercial for M-Life ATT in 2003.

Similarly, she served as a news reporter for numerous television channels, including KCBA CBS/FOX, KVBC NBC, and KGTV - ABC.  As of 2019, she has been working as a program host for QVC since 2011.

In January 2017, Lindquist launched a book "5 Months Apart: A Story of Infertility, Faith, and Grace," in which Kerstin talks about her struggle in becoming a mother.

What is Her Net Worth And Salary?

Kerstin Lindquist has earned the whopping sum of money from her career as a TV host, presenter, as well as an actress. As of 2019, her exact net worth is not revealed, but some sources claim that her net worth is in $millions.

Furthermore, the average salary of a QVC host is around $500,000 per year, so she might earn in the same range. Also, she worked in several networks for years from where Lindquist earned a good amount of money.

There is little about her properties and assets, but as per sources, she has a mansion in West Chester, PA.

Kerstin Lindquist is a massive fan of outdoor who prefers to go for a short ocean trip as well as spends time on the beach. She loves scuba diving and stand-up paddleboarding.

Kerstin Lindquist is the two-time winner of the Mom Of The Year Award Winner According To Grace and Georgia. The veteran media personality also won the Emmy Award for Broadcast Journalism.

Kerstin Lindquist has been in a marital relationship with Dan since 2003. They tied the knot in a private ceremony attended by families and friends.

The couple is blessed with three children, daughter Georgia born through in vitro fertilization and Grace, whom the couple adopted after her birth. Both of her children were born in 2009. They adopted a son, Ben in 2016. The media personality often shares beautiful snaps on her Instagram with her baby boy and husband.

As of now, they reside in a farmhouse in West Chester, Pennsylvania.

“I love today” or so says the @peaceloveworld shirt. 1st day of school also always makes me a little sad. prayers for a safe & joyful year for all our kids and teachers.

The happily married couple wanted to have a child soon after their marriage in 2003, however, the couple suffered infertility. Moreover, Lindquist also suffered from a miscarriage.

During an interview, Lindquist talked about her miscarriage saying: