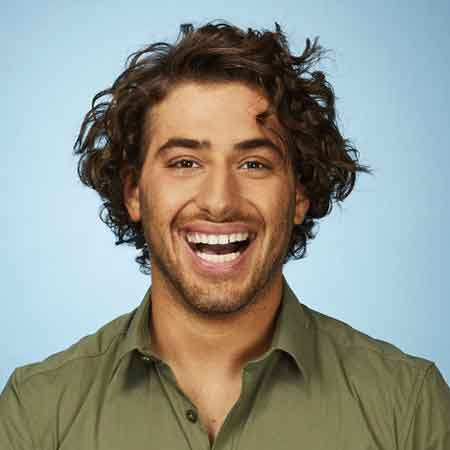 Kem Cetinay is an English reality television personality who rose to fame following his appearance in the hit ITV2 reality show Love Island. He was also a contestant on Dancing on Ice where he was paired up with ice dancing star Alex Murphy. Besides, he has amassed a huge fan following on his Instagram account with over 2 million followers as of September 2018.

Kem Cetinay was born on the 25 April 1996, in Essex, England, to Figen Cetinay under the birth sign Taurus. He was raised up in his hometown Essex along with his brother named Izzy Cetinay.

Cetinay was dropped out school due to crippling anxiety at the age of 13.

In addition to TV, Cetinay also eased into a new career, in the rapper industry along with fellow Love Island contestant, Chris Hughes, he released a grime single titled Little Bit Leave It, which was turned out to be hit reaching no 15.

Kem previously worked as a hairstylist.

Kem Cetinay at such a young age gained a huge popularity as well as also earned a considerable amount of net worth from his career. As per estimation made by various online sources his net worth is believed to be more than $1 million.

Along with his partner Amber Davies, Cetinay won the third series of the dating reality show Love Island and received a prize of (64,286.75).

Kem Cetinay was in a romantic relationship with his girlfriend Amber Davis. The couple first met on the third series of the ITV 2 reality show Love Island and in 2017.

The pair had a fiery relationship on the series.  They, however, parted ways just five months after the two left the villa, in Dec 2017.

Following their separation, they released a joint statement,

"With sadness, we’ve decided to separate. Our schedules made it difficult. We’ll remain good friends."

With my second bae @boohoomanofficial

Kem is also quite popular on social media who has over 2 million followers on his Instagram account.