Kelly Clarkson welcomes a boy as her second child 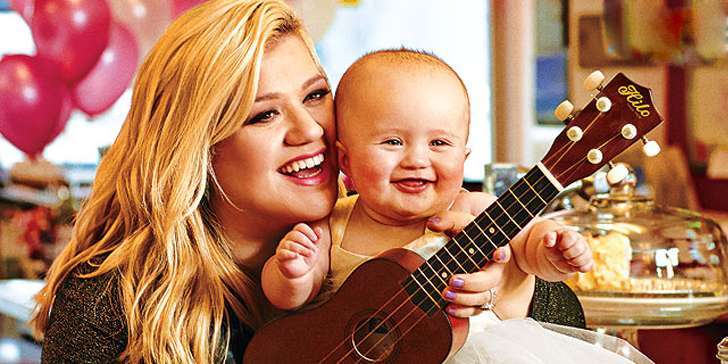 Looks like celebrities are keeping up with adding new ones into their lives. And now it’s the turn for singer Kelly Clarkson! Kelly Clarkson and husband Brandon Blackstock welcomed their second child together on April 12 in Nashville, Tennessee. Clarkson, is already mom to 22-month-old daughter River Rose with Blackstock, announced her second pregnancy during an August 2015 concert at Los Angeles’ Staples Center. They announced the news to their fans and Kelly tweeted to share the happiness with her fans saying “Our little baby boy has arrived!! Remington Alexander Blackstock was born 4/12/16 & he is healthy & we couldn’t be happier or more in love!” She named her baby, Remington Alexander Blackstock while her first baby name is River Rose Blackstock. Clarkson married Blackstock, who was actually a Nashville-based talent manager; they got engaged in 2012 and tied the knot in October 2013.

Blackstock also has two children, Savannah and Seth, from his previous marriage. Clarkson caught many eyes as she gave her most powerful performance during her pregnancy came when she took the stage during American Idol‘s finale season to perform her hit “Piece by Piece,” a song about her husband’s great parenting and the absence of her own father during her childhood. She also spoke about the experiences while being pregnant, from morning sickness to the pain, and all the minus points that comes with it.

She got quite emotional in the Ellen show talking about her pregnancy and absence of her dad while she was young. She was quite candid about it. Clarkson, is an owner of an estimated net worth of $28 million. She is the singer of many popular songs and quite famous with the youth. Now after becoming a mother if two her musical career has taken a back seat in her life as she is busy taking care of her children. But says she will soon bounce back after done with the baby business. Well she sure needs plenty of time right now.