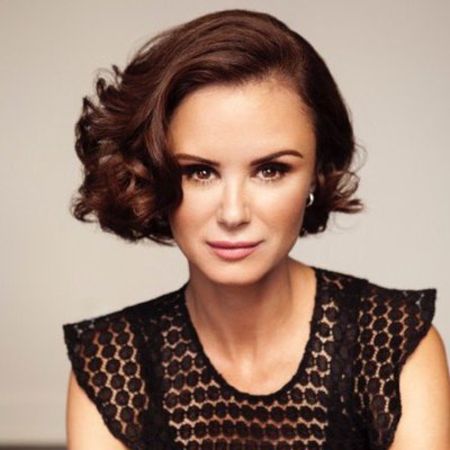 Keegan Connor Tracy is a Canadian actress best known for playing the role of Audrey Malone in the Showtime comedy-drama series, Beggars and Choosers. She has been married to her loving husband Ez Mitchell with who she shares two adorable daughters.

Keegan Connor Tracy was born on December 3, 1971, in Windsor, Ontario, Canada, under the birth sign Sagittarius.

She doesn't have siblings and her parents raised him in Windsor, Ontario. She is of Canadian nationality and belongs to white ethnicity. She is fluent in French.

Connor Tracy studied at St. Patrick's Catholic High in Sarnia, Ontario, from where she completed her graduation.

She then attended Wilfrid Laurier University in Waterloo, Ontario, Canada, where she received a degree in Social Psychology. While studying at the university, she worked in Europe for a year.

Keegan Connor Tracy made her acting debut with the role of Darlene Ross in an episode: "The Best Couple" of Viper in 1997.

Later in 1999, she made her feature film debut with the role of a Boutique Saleswoman in the mystery crime drama film, Double Jeopardy, starring Ashley Judd, Tommy Lee Jones and Bruce Greenwood.

She subsequently starred in popular films like Duets (2000) and 40 Days and 40 Nights (2002). She then guest-appeared in many television series such as The New Addams Family.

In 1999, Connor Tracy was cast as a series regular "Audrey Malone" in the Showtime comedy-drama series, Beggars and Choosers. She appeared on the show until 2000, along with Charlotte Ross, Brian Kerwin, Christina Hendricks and Tuc Watkins.

From 2002 to 2005, Connor Tracy appeared in the CBC television drama series, Da Vinci's Inquest, for which she was nominated for a Leo Award and a Gemini Award.

She won a Leo Award for Best Supporting Performance by a Female in Dramatic Series for her performance in Da Vinci's Inquest.

Keegan Connor Tracy is one of the most beautiful and successful actresses of the Hollywood industry. There is no doubt that the 47-year-old actress earns a decent amount of money from her acting career.

The exact net worth of the Beggars and Choosers star has not been revealed. However, some sources have reported that Connor Tracy has a total fortune of $2 million.

As we mentioned earlier, Keegan Connor Tracy is a married woman; the actress has been married to Ez Mitchell.

It's unknown when exactly the couple tied the knot but on July 13, 2016, Tracy posted a throwback photo of herself with her husband, wishing him happy wedding anniversary.

1000 yrs ago today this guy signed up to be my shelter from the storm knowing full well that often...I am the storm. pic.twitter.com/HgqGoP607Z

The husband-wife duo is the parents of two adorable daughters. 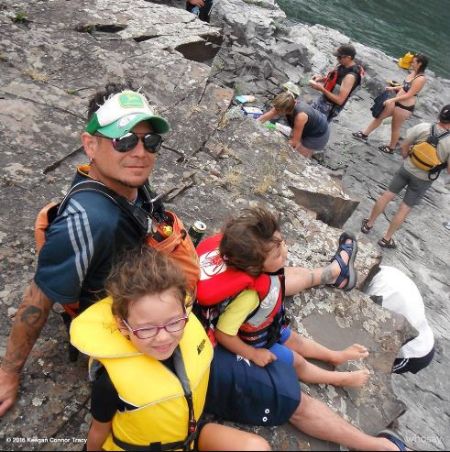 The family of four is living happily together.