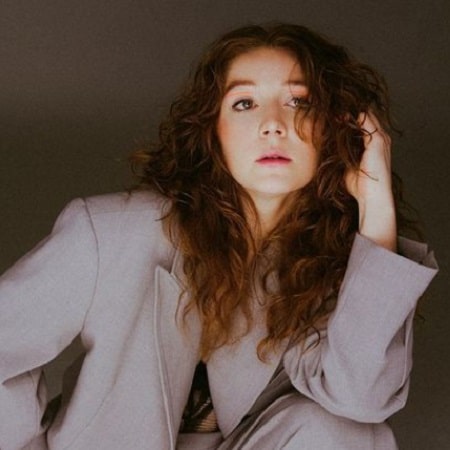 Florida-born actress Kayli Carter shot to fame after portraying Sadie rose in the Netflix western TV series, Godless. Active since 2013, Carter has appeared in various movies that have helped her win several titles, including the Independent Spirit Award nomination and the IFJA Award nomination.

Her dad works in construction while her mom is a therapist by profession. Coming into her educational background, Carter went to Savannah College of Art and Design, Georgia, to study acting. From there, she earned a Bachelor's degree in Fine Arts.

The Chuluota native got interested in acting, and she aimed to pursue a career in this field. So, after completing her education, Carter began her professional career.

Carter came into the industry as a theatre actress and first performed in Mark Rylance's play Nice Fish on The West End in London at St. Ann's Warehouse in Brooklyn, New York. After that, she also performed at the American Repertory Threatre in Cambridge, Massachusetts. And in 2015, Carter made her television debut by landing the role of Belle in the tv series Z: The Beginning of Everything. In the same year, she appeared in The Weekend Detectives. And in 2017, she landed the role of Evelyn in Rings, which helped her gain more fame.

After that, she worked in Godless, Private Life, and Charlie Says. And in the year 2018, Carter got more into the limelight after starring as Tara in Chicago Med. The following year, the talented actress played Amber McCarden in Bad Education.

Similarly, we can see her appearance in Mrs. America and Let Him Go. Her latest work is The Marvelous Mrs. Maisel, where she starred as Gloria. The respective project also stars Rachel Brosnahan, Alex Borstein, and Michael Zegen.

Godless Actress Carter Is Dating- Who Is Her Boyfriend?

The 28 years old actress is currently in a relationship with her long-term boyfriend, Austin Kirk. The lovely pair has not exchanged vows yet, but they are reported to have been dating each other since 2014.

Well, Kirk is also an actor who has appeared in the movies such as Girlsam Surprise Party. The Weekend Detectives, and many more. 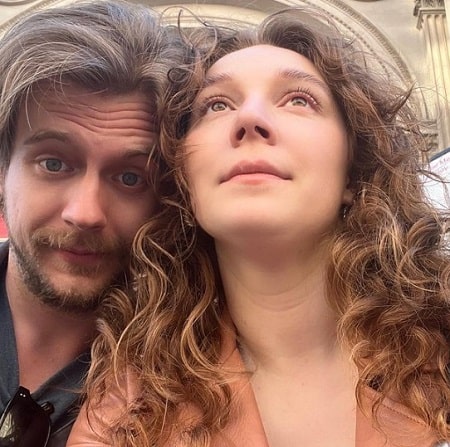 Furthermore, Kirk and Carter have appeared in various events together. Also, we can find them on Instagram, and Carter frequently shares pictures with her lover. So, we can follow her as @kaylicarter to get regular updates.

Working in various awards-winning films, Carter has earned a good profit. Some online source estimates her net worth to be around $1 million to $5 million. No doubt, all of this fortune came from her active work as an actress.

She has appeared in Let Him Go, which was made on a total budget of $8 million, and it collected a box office of $11.6 million. So, she must have earned a decent profit from it. Not to mention, an actress in the United States earns around $91401 a year.

Apart from that, Carter might earn a fair sum of money from sponsorship and endorsement deals. According to the Influencer Marketing Hub, she has the potential to make $57 - $95 from a single sponsored post with an engagement rate of 5.56%.