Katy Perry and Orlando Bloom seen together at Coachella Music 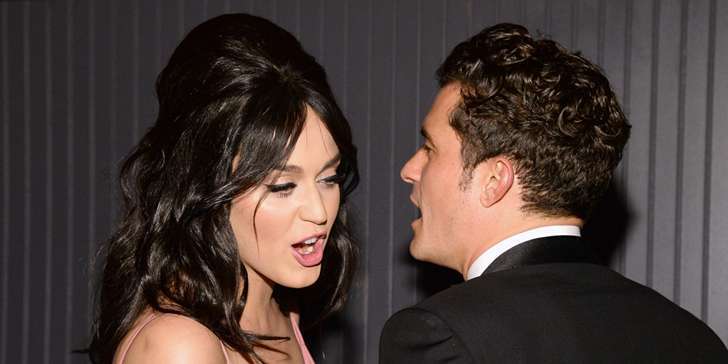 Rumors are that Katy Perry and actor Orlando Bloom are seeing each other! And these are claims on the basis of the latest news after these two spotted at Coachella Music Festival. They might be having an affair after all. Katy Perry with her hair in two pink buns, while she was arriving at the Neon Carnival party, held during the 2016 Coachella Music Festival on Saturday night in California. She was not alone as the 31-year-old singer was spotted with her gal pal Shannon Woodward while attending the annual event, presented this year by Levi's Brand and Re/Done Levi's.

Katy has been rumored to spend time at the festival with her boyfriend Orlando Bloom and people have confessed seeing them showing lots of public display of affection. "They came in about 20 minutes into The Kills set, they were hugging and were with a group of other people. Orlando was behind her and swaying with her to the music. They also were vaping together. They were kissing and very much a couple." an eyewitness told the sources.

The rumored couple were seen having a great time together and hanging out a lot. These two love birds also went on a hiking trip while holidaying in Hawaii last month. As to their skeptical behavior, everyone has confirmed these two are actually dating. However, they have not spoken on the matter yet and have not disclosed anything as such that may lead to the confirmation of all the rumors. Both of them have been single for a long time now.

Perry was first married to comedian Russell Brand which ended in 2012, then she dated John Mayer but that too didn't last long. While the English actor was married to Miranda Kerr. He also has one son from Kerr. These two were seen getting very cozy together and enjoying the Ellie Goulding music concert at Coachella. They garnered a lot of attention from the media. There is also a lot of buzz in social medias about the new couple including twitter, facebook and Tumblr posts.