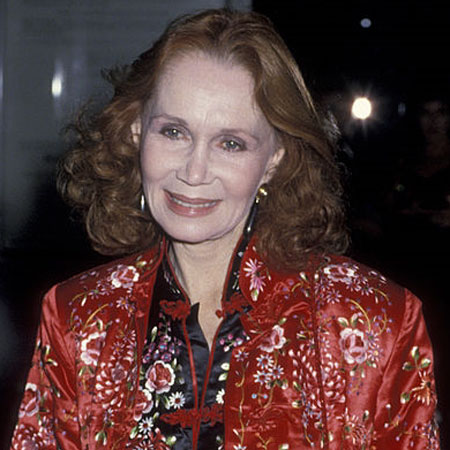 Katherine Helmond was an American actress as well as a film director. She was better known for portraying Emily Dickinson in the American sitcom, Who's the Boss and also won Golden Globe Award for Best Supporting Actress Series, Miniseries or Television Film in 1989. Similarly, the late actress deserved credit for her work in movies like Family Plot, Brazil, and Cars as well.

Katherine Helmond was born as Katherine Marie Helmond on July 5, 1929, in Galveston, Texas, U.S.  She was the daughter of Joseph P. Helmond and Thelma Malone Helmond.

Helmond belonged to white ethnicity and holds an American nationality. She is the only child of her parents.

Helmond joined Catholic primary school and also appeared in numerous school plays. During her high school, she took a job at a local theater.

Helmond studied drama classes at Dramatic Academy and American Musical. She later went on to enroll at the Bob Jones University, in Greenville, South Carolina and also performed in its many programs.

American legend actress Katherine made her stage debut with As You Liked It in 1955. Afterward, she ran a summer theater in the Catskills for three seasons where she taught acting in University Theater programs.

Later, in the early sixties, Helmond debuted on television in 1962, but she didn't get recognition as a TV actress until 1970s. Helmond played the mother of Jonathan Pryce's character in some feature films like Family Plot and Brazil.

Helmond learned direction at the American Film Institute's Directing Workshop and directed four episodes of the television series Benson, as well as she also directed one episode of Who's the Boss? Her dramatic performances as Mona Robinson in Who's the Boss along with Judith Light, Alyssa Milano, Danny Pintauro brought her Emmy Award Nomination.

Similarly, Katherine's role as Lois Whelan in Everybody Loves Raymond earned her the Emmy nominations.

Helmond appeared as Emma Borden in the 1975 movie The Legend of Lizzie Borden before she gained prominence as Jessica Tate. She worked in the television series Soap from 1977 to 1981 on ABC where she played the ditzy matriarch of the Tate family.

In1993, Helmond made her appearance in one episode of the British version of Who's the Boss?, The Upper Hand. From 1995 to 1997, she starred as Doris Sherman in the ABC sitcom Coach where she played the role of an eccentric owner of the fictional Orlando Breakers professional football team.

On July 25, 2010, Helmond appeared as a guest on A&E's The Glades. Later, She also guests starred as Caroline Bellefleur on "HBO"'s "True Blood."

5ft 2 inches tall Helmond first married to George N. Martin in 1957. The couple did not have any children and divorced in 1962.

Helmond's ex-husband George was an American actor. He was best known for Leon: The Professional as the hotel receptionist.

Helmond then married to David Christian in 1962 and currently resides in Loss Angeles, New York.

Former Who' s the Boss star, Helmond has earned lots of from her acting career. She had a net worth of $5 million at the time of her demise. She also owned a house in Los Angeles, California.

On Feb 23, 2019, Katherine Helmond passed away from complications of Alzheimer's disease. She died at her home in Los Angeles at the age of 89. After a week, it was announced that Helmond died.