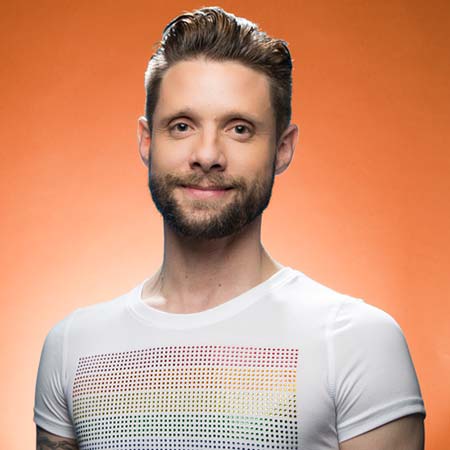 The American actor, Danny Pintauro is famous for appearing in the American TV series, Who’s the Boss? as Jonathan Bower. Some of his other notable works are Unsure/Positive, As the World Turns, Highway to Heaven. His latest work was in the web series in Unsure/Positive as Greg.

Danny Pintauro was born Daniel John Pintauro on January 6, 1976, in Milltown, New Jersey to John J. Pintauro (Manager) and Margaret L (Homemaker). He is of American nationality and belongs to Mixed (Italian and Polish) ethnicity.

For education, Danny joined Middlesex County College in Edison, New Jersey, and later on, went to Stanford University to study English and Theater and graduated from there.

Danny Pintauro started his career as an actor after appearing in the movie, Cujo. Prior to this, he has appeared in The Beniker Gang, Timestalkers, Jury Duty; The Comedy and The Still Life.

His latest TV appearance is in Unsure/Positive as Gary. Currently, he is working in a restaurant in Las Vegas as a manager.

The actor, Danny Pintauro is supposed to hold the net worth of around $300 thousand as of 2019. His main source of income is acting and an average salary of the actor is around $50 thousand per year; he also might be receiving in the same range.

Danny Pintauro who is openly gay is a married man. He shared the wedding vows to his longtime boyfriend-turned-husband, Wil Tabares on April 3, 2014, in an intimate beach ceremony in Dana Point, California.

The couple who has been married for half a decade is very much in love and never hesitates to share the picture of them together.

First time out in Austin! Stonewall Celebration at the capital. LGBT rallying in Texas?! Only in Austin? Awsome!

To date, there are no rumors of the couple's separation and extramarital affairs.

In the year 2005, Danny disclosed that he was diagnosed with the HIV virus in 2003. As per him, he suffered from the disease due to unsafe sex.