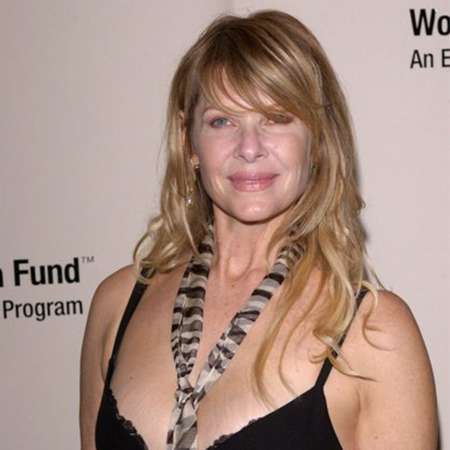 Kathleen Capshaw-Spielberg  A.K.A Kate is an American actress born on November 3, 1953, in Fort Worth, Texas, to an airline employee, Edwin Leon Nail, and Beverley Sue a travel agent and beautician. The famous Hollywood actress, Kathleen Capshaw, belongs of American nationality and white ethnicity Kate converted to Judaism on the 12th of October, 1991.

At the age of five, the actress moved to St. Louis, Missouri where she stayed throughout her school life and college. Kate is a Hazelwood Central High School graduate and holds a B.Ed degree from the University of Missouri.

Before being signed up as an actress, Kathleen Capshaw was married to her former husband Robert Capshaw in early 1976 but the marriage eventually turned out to be a failure in four short years of time and the couple have a child together named Jessica Capshaw who was born on 9th of August 1976. Even after her divorce, she kept her last name Capshaw as a professionally adopted name for her Hollywood career.

Kate Capshaw's Career as an Actor

Kathleen Capshaw Spielberg's acting career started after she moved to New York City to pursue her career as an actor after two years of struggle she finally landed in an opera show called The Edge of Night in 1984. She then successfully landed in the role of Willie Scott in the famous movie Indiana Jones opposite to the famous actor Harrison Ford.

The movie was directed by Kathleen Capshaw's future husband Director Steven Spielberg and the Temple of Doom which was released in 1984. Some of her other honorable movie appearances include SpaceCamp and The Quick and The Dead alongside Sam Elliott as well as in spy mixed romance movie called  Code Name Dancer.

Kate has reached the age of 63 now. She is married twice in her life. As a professional actor, she has worked in several films in her career.

Kate married Robert Capshaw in 1976. They together had a daughter named Jessica Capshaw. They stayed in a relationship for four years. The couple ended their relationship in 1980.

She married the famous, director Steven Spielberg on October 12, 1991. They were married both in a civil ceremony and an Orthodox ceremony.

The couple together has three children; Sasha Rebecca Spielberg, Sawyer Avery Spielberg, and Destry Allyn Spielberg. She has a son named Theo Spielberg whom she adopted before her marriage to Steven. Later, she adopted a child named Mikaela George with her husband, Steven.

Kate Capshaw's Net Worth and Salary

According to Hollywood insider the famous Indiana Jones lady, Kathleen Capshaw has a huge net worth which is the result of her continuous work for the red carpet. Though her salary is not known till today.

She has worked on many big and small screen projects throughout her life. The actress has a net worth of $20 million and most part of the money comes from her acting career.

'The love letter' actress Kathleen Capshaw is also known for her off-screen work alongside her genius director husband Steven. The couple is together till today's date and we have not heard any rumors about their divorce or separation.