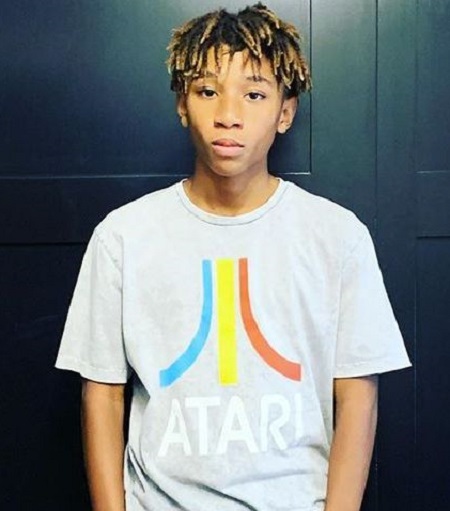 Being born in a celebrity family means being born with a silver spoon. So, is the case with Kasseem Dean Jr., who is the son of American hip-hop artist Swizz Beatz and his first wife, American singer Mashonda Tifrere.

Kasseem was born on 22nd December 2006 as the only son of Swizz Beatz and Mashonda Tifrere. He was born in the United States of America and holds an American nationality. His ethnicity is mixed.

His Parents’ Relationship; The Reason Behind Their Divorce

Kasseem is only fifteen years old, and he is currently focusing on his study. He is not involved in any kind of relationship. He spends quality time with his family.

Talking about his parents’ relationship, they are no longer together. They started dating in 1998 and tied the knot in 2004. Back in 2000, Tifrere suffered a miscarriage. 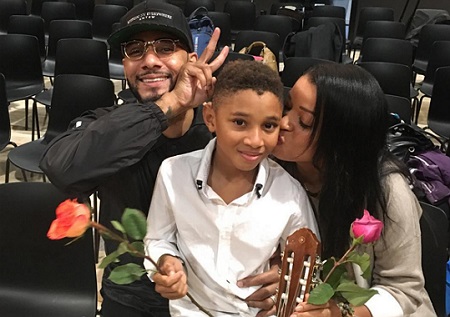 However, the duo was in a married relationship for four years. After four years of a conjugal relationship, they announced separation and filed for divorce, citing irreconcilable differences. Their divorce was finalized in May 2010.

While Mashonda was asked about the reason behind their separation, she mentioned her former husband’s extramarital affair with Alicia Keys as the reason.

The R& B singer is also the father of daughter Nicole Dean with singer Jahna Sabastian. They first met in the year 2007 and dated for a while. He also shares son Prince Dean with Nicole Levy.

As of now, Kasseem’s father is married to Alicia Keys. They began dating in 2008 and got married on 31st July 2010, in a private-intimate wedding ceremony. During the marriage, Alicia was pregnant with their first child. Now, they are parents to two kids, Egypt Daoud and Genesis Ali.

His Professional Career And Net Worth

Kasseem is said to be following his parents’ footsteps. He is stepping up his musical career. He was captured with his father while listening to the playback of “Take Your Time.” He also performs at concerts.

However, the exact figure of Kasseem Dean Jr.’s net worth and earnings are still missing. But, no doubt, he leads a lavish lifestyle with his multi-millionaire parents.

His mother, Mashonda, has a net worth of $5 million, whereas his father has $150 million. His step-mother Alicia Keys’ net worth is $145 million.