Karla Souza and her husband Marshall Trenkmann, aren't they ready yet to beget a child! 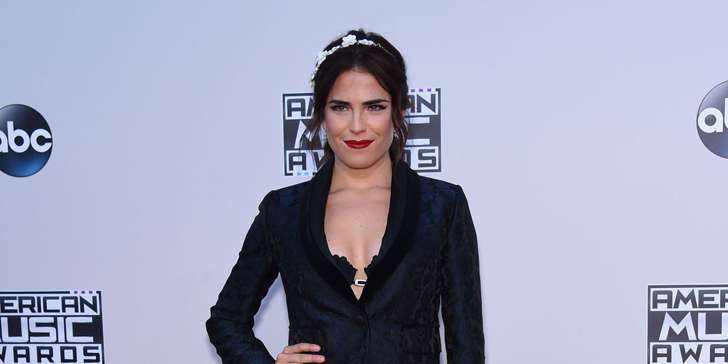 Mexican actress, Karla Souza tied down the knot to her then-boyfriend, Marshall Trenkmann in 2014. They have been happily married for almost a year now. And as many happy couples, they should also be starting to consider a family. But this is not the case with these two. Because Souza has some other plans.

Souza and her American other half got engaged in December 2013 after years of dating. The couple later exchanged wedding vows in May 2014. And according to the source, the actress, who is a hugely celebrated actress in her home country Mexico, does not want to become a mother so soon because she wants to establish herself in American TV and film industry as well.

The Couple isn't ready yet to get a child!

She says does not want to be a mother right away. The trilingual actress hasn’t any plans yet of becoming a mother because she thinks that she is too young for handling the responsibility of a child right now. The actress will need several more years to establish herself in the showbiz, a source reported.

"Karla is really serious about her blooming career in Hollywood and would not stop in the middle of her journey".

They also added that her husband was really very supportive towards his wife. Denying any divorce rumors they said“Marshall is a gentleman and he knows how famous Karla was in her native country.

Before heading to Hollywood, she gave two Mexican blockbuster movies, one of which was the highest grossing movies of all time. So, he wants her to have the same level of success here as well. He believes that she can actually make it, which is why he is not forcing her to have kids.”

The actress loves taking risks, which is why she chose to work ABC legal drama How To Get Away With Murder as Laurel Castillo. The source further stated that her Mexican fans and her family were not quite happy with her decision to move to the United States of America.

“They thought she was a fool to leave Mexico and the major popularity and love she garnered for her work. You know directors and producers used to line up just to get her to work with them. She was that famous.” “She didn’t listen to anybody.

She knew that if she ever gave them a chance to make decisions about her life, she would be stuck where she was. So, she made the brave decision of moving to the States because she knew she had it in her. And by the grace of God, she has achieved so much in her short career in Hollywood,” said the informant appreciatively.

The source later also added “This is the reason why this Mexican beauty does not want to have children now. She knows that if she becomes a mother then she will have to sacrifice a few years for the baby and she does not want that. Karla wants to create a place for herself and her future children in the show biz, before bringing a little bundle of joy into the world,”.

The Couple Welcomed First Child Together

As of 2019, the pair shares a strong bond., and have been no rumors of their divorce or separation.