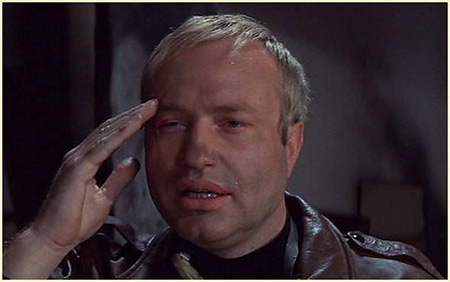 Karl-Otto Alberty is a German actor who rose to prominence for his role in a 1963 movie The Great Escape. He is also known for his work in Battle of the Bulge (1965), The Devil's Brigade (1968), Battle of Britain (1969), and many others. His appearance in the hit TV show Die Karte mit dem Luchskopf also brought him into the stardom. In 1988, the actor was a cast in the TV series War and Remembrance.

Karl-Otto Alberty was born on 13 November 1933, in Berlin, German. He spent most of his childhood days in his hometown Berlin along with his family. He holds a German nationality and belongs to the Caucasian ethnicity.

Karl-Otto Alberty started his career as a boxer. He later made a transition into the acting arena. He started performing in the City Theatre, in Konstanz in 1959.

Within a short period of time, Alberty started taking supporting roles in movies and TV shows. He made his professional debut playing the role as an SD officer in The Great Escape in 1963. The actor played a variety of roles in dozens of movies like Battle of the Bulge (1965), Andrew V. McLaglen's The Devil's Brigade (1968) and more.

Otto's role of Luftwaffe general in the 1969 British film, Battle of Britain earned him critical acclaim. Later, he portrayed the role of Scharfuhrer Rudolf Haindl in the TV series War and Remembrance, in 1989.

Karl-Otto Alberty's Net Worth And Earnings

Karl-Otto Alberty has made an exquisite amount of money from his roles in films and television series throughout the years. According to some reliable sources, Karl-Otto Alberty's net worth is estimated to be around $500k as of 2019.

In 1963, the actor played a role The Great Escape which became quite hit at the Box Office grossing over $11 million against $3.8 million.

Karl-Otto Alberty has remained tight-lipped about his personal life. Despite his decades-long on-screen work, the actor has never talked about his love life, dating, or married life.