Karen Witter sometimes referred to as Karen Lorre, is an American model, actress, and writer. Her modeling career peaked in 1982 when she was named Playboy magazine's Playmate of the Month for March. She has since been seen in TV series like The Dukes of Hazzard, One Life to Live, The X-Files, Dream On, and Malcolm in the Middle.

What is Karen Witter's Age? What is Her Height?

Witter is a graduate of Long Beach Millikan High School and studied pre-med at the University of California, Irvine, with an emphasis on Psychobiology. Witter first got into the entertainment business to pay for her tuition.

Playboy Playmate of the Month March 1982

Karen Witter was named Playboy magazine's "Playmate of the Month" for the March 1982 issue, during which she appeared as the centerfold model.

She went on to grace the covers of the magazine twice: first, on the March 1983 issue with Playmates Kelly Tough and Kimberly McArthur, and again in December 1991.

What Movies & TV Series Has Karen Witter Appeared In?

Karen Witter transitioned to acting in the mid-'80s, shortly after posing for Playboy. She has since appeared in nearly 50 movies and TV series combined.

She has appeared in movies like Dangerously Close, Ratboy, Silent Assa s sins, Mortuary Academy, The Perfect Match, Paramedics, Out of the Dark, Hero and the Terror, Another Chance, The Vineyard, Midnight, Buried Alive, Popcorn, Levitation, and The Lovemaster.

On television, she is most known for her appearances in TV series like Matt Houston, Falcon Crest, The Dukes of Hazzard, The New Mike Hammer, Cheers, One Life to Live, The X-Files, Dream On, Bedtime, Malcolm in the Middle, and Perceptions.

Karen Witter was married to the American television writer and producer, Chuck Lorre, for nearly a decade. She tied the knot with the creator of Two and a Half Men, The Big Bang Theory, Mike & Molly, Mom, and Young Sheldon on May 6, 2001. 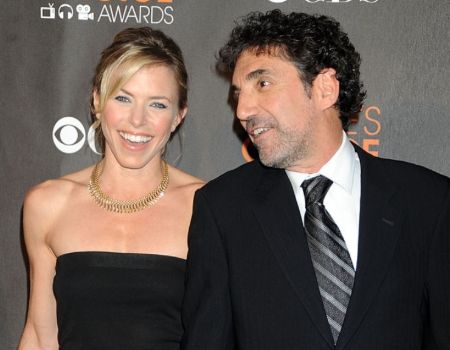 They got divorced in 2010, although the official reason has not been revealed. Since her divorce, Witter has kept her personal life very private and it is not known if she remarried.

What is Karen Witter's Net Worth?

According to celebritynetworth.com, Karen Witter has a net worth of $5 million. The Playboy "Playmate of the Month" for the March 1982 issue has been seen in nearly 50 movies and TV series combined including movies like Dangerously Close, Ratboy, Silent Assa s sins, Out of the Dark, The Vineyard, Buried Alive, and The Lovemaster, and TV series like The Dukes of Hazzard, One Life to Live, The X-Files, Dream On, and Malcolm in the Middle.