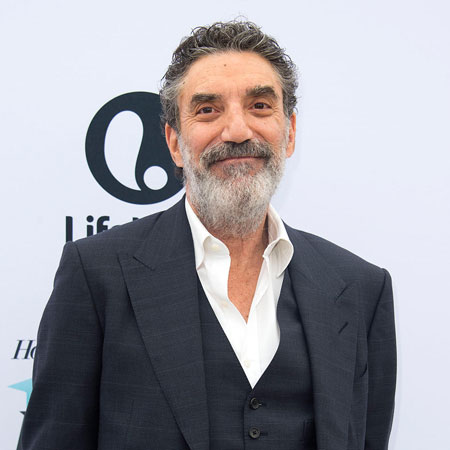 Chuck Lorre is an American producer, composer, and television writer. He is well known as the creator and producer of various sitcoms such as Cybill, Dharma and Greg, Grace Under Fire, Two and a Half Men, Mom, Young Sheldon, The Big Bang Theory, and Mike & Molly. Lorre has also worked as an executive producer in Roseanne. He has won BMI Television Music Awards four times, 2004, 2005, 2008, and 2009 for Two and a Half Men.

The man of all parts has collected a tremendous amount of net worth from his various professions.

Chuck Lorre was born Charles Michael Levine on 18 October 1952 in NYC in a Jewish family to his father Robert Levine and mother Miriam Levine. He is of White ethnicity and holds American nationality.

After graduating from high school, Lorre enrolled at the State University of New York at Potsdam and dropped out after two years to be a successful songwriter. During his days at college, Lorre ''majored in rock 'n' roll and pot with a minor in LSD.''

Lorre also admitted drinking in excessively to EW. He said,

Chuck Lorre changed his last name to Lorre when he was 26, and explained,

The reason I changed my name was simple. My mother, never a fan of my father's family, had an unfortunate habit of using Levine as a stinging insult. When displeased with me, she would often say/shriek, ''You know what you are? You are a Levine! a no good, rotten Levine!'' So, far as far back as I can remember, every time I heard my last name I would experience acute feelings of low self-esteem. My first wife was the one who suggested. I thought it sounded great. Chuck Lorre. Finally, a name that did not make me squirm. I didn't occur to me that in England my new name translated into Chuck Truck. But most interestingly, I had completed forgotten that when I was around eight years old my father's business began to fail, forcing my mother to find work in a clothing store called... Lorie's. Pretty creepy, huh? Did I abandon my father's name only to unconsciously name myself after a place a s sociated with my mother's abandonment of me? Or, even creepier, did my ex-wife somehow know all this and propose the name Lorre just to screw with me? Hmmmm. I was a no good, rotten husband so I certainly had it coming.

After he dropped out of college, Chuck Lorre went on a tour across the United States as a songwriter and guitarist. Lorre wrote Deborah Harry's radio hit single ''French Kissin' in the USA'' for her 1986 album titled Rockbird.

By the 1980s he started writing scripts for animated shows and his first one was for the DIC version of Heathcliff. Later, along with Dennis Challen Brown, he co-wrote the soundtrack for Teenage Mutant Ninja Turtles, a 1987 TV series. Lorre then worked as a writer for sitcom Roseanne but was fired due to creative differences. The producers of the show were impressed by Lorre's work which got him his own show titled Frannie's Turn but was canceled after 5 weeks.

Chuck Lorre created his second show titled Grace Under Fire, featuring comedian Brett Butler. The show premiered in 1993 on ABC and was nominated at the 52nd Golden Globe Awards for Best Television Series- Musical or Comedy.

Lorre's most popular show is Two and a Half Men along with the co-creator Lee Aronsohn. The show has two main characters, two Harper brothers, Alan and Charlie. The show premiered in 2003 and is one of the highest-rated show in America.

In 2011, CBS put the show on a gap after several incidents of production shutdowns allegedly Sheen's serious issues regarding alcohol and drug abuse, which climaxed in his insulting verbal attacks.

Later, Sheen was kicked out of the show after which he filed a lawsuit of $100 million against Warner Bros. Television and Chuck Lorre for wrongful termination. Later, Warner Bros. and CBS hired Ashton Kutcher as a replacement of Sheen and continued the show for 4 more seasons.

Lorre's next hit show was The Big Bang Theory, created along with Bill Prady. The show premiered in 2007 on CBS. It is also listed as the highest-rated comedy show in America.

In 2019, Lorre won the Critic's Choice award for Creative Achievement as well as the Golden Globe award under category the Best comedy television series for his show The Kominsky Method.

Chuck Lorre earns a heavy amount of money from his career as a songwriter, television writer, composer, and producer. His major source of income his multiple professions.

As of 2019, Lorre has an estimated net worth of around $600 million, as per Celebrity net worth.

Lorre has produced various television show including two most popular series Two and a Half Men and The Big Bang Theory. Lorre's TBBT show spends more than $10 million for an episode, however, it is worth that cost as it received more than 19 million live viewers which have earned more than $1 billion to Warner Bros. TV till date.

Lorre also earned a good amount of money as a producer, and composer, as an average salary of a composer is $50,110 per year and a producer makes $83,000. He also owns a luxury mansion in Los Angeles worth $3.54 million.

In 1979, Chuck Lorre married his first wife and business partner, Paula Smith. The pair also shares two children. After 13 years marriage, the couple divorced and also dissolved their partnership. The divorce was finalized in 2010.

Lorre has talked about his struggle for decades with ulcerative colitis, as well as worry, anger/rage, and depression. He said in an interview,

Put me in paradise and I will focus on the one thing that will make me angry.

In an interview with Entertainment Weekly, Lorre stated,

I am wired on some deep level to seek out something to be worried and obsess about.

Lorre is in recovery from his alcohol abuse.

Watch, Lorre, talking about his new CBS Primetime in an interview,