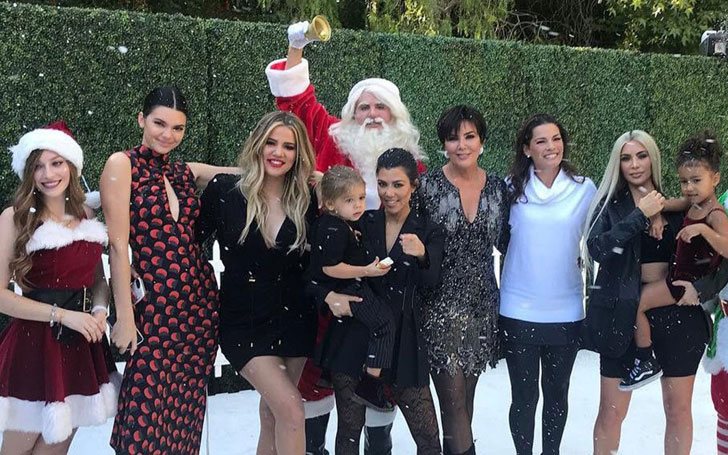 Fans from around the world have been anticipating that the youngest member of the Kardashian-Jenner clan Kylie Jenner will announce her pregnancy on Christmas 2017. But it didn't happen as the Christmas wrapped up with lots of Christmas snaps from the Kardashians but no revelation at all.

After Khloe Kardashian announced her pregnancy four days before Christmas, most of their fans were hoping Kylie's pregnancy revelation will come Christmas eve, but Kylie has even kept herself back from the camera this Christmas.

When Kim Kardashian, 39, finally shared the DAY 25 snaps on her Instagram, all from the Kardashian-Jenner clans including Kris Jenner, Kourtney Kardashian, Khloe Kardashian, Kendall Jenner were present but Kylie wasn't there. The 20-year-old Keeping Up with the Kardashian star was once again conspicuously absent from the festive family photo.

The lip kit mogul, however, appeared on Snapchat during the Kardashian Klan's festive celebration. Kylie appeared alongside sister Khloe who said, ''people think you weren't there last night,' to Kylie.

''I was,'' Kylie confirmed after many of her fans claimed she was not there just to hide her growing baby bump in the snap Kim shared.

Kim Kardashian has been sharing photos of her family since December 1 where she has snapped almost every member of her family excluding sister Kylie Jenner, and brother Rob Kardashian.