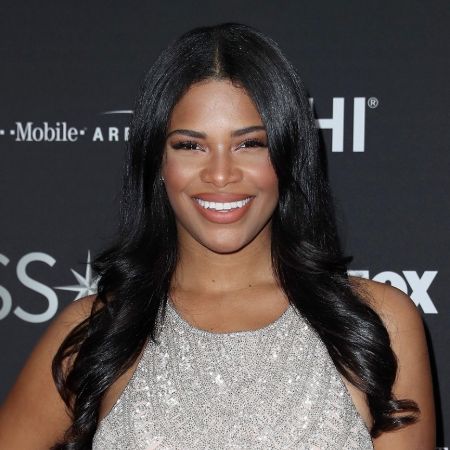 Kamie Crawford is a model, actress, and TV host famous as the winner of the Miss Teen USA 2010. Similarly, she also won the Miss Photogenic Award in 2010. She has worked with JAG Models and hosted the web show The RealKamie TV and People Magazine's Style Tracks.

Kamie Crawford was born on October 25, 1992, in Potomac, Maryland, United States America. She holds American nationality and belongs to the black ethnicity.

Crawford attended Fordham University and received a degree of Arts in communication and media studies and a double concentration in Digital Media and TV broadcasting.

Kamie started her career as a child model, and in 2010, she won the title Miss Maryland Teen USA. She took about five months of training for the competition. She did training with Lauren Merola who is the winner of Miss Pennsylvania USA 2008.

Then, the gorgeous Kamie Crawford represented Maryland in the Miss Teen USA 2010 pageant and was the first-ever winner from Maryland. Later, she began modeling and acting as well. 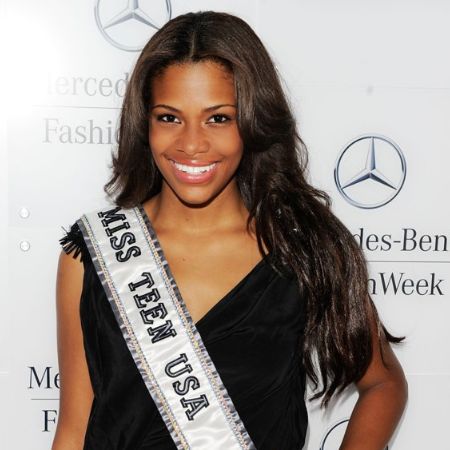 The gorgeous Kamie is supposed to hold a net worth of $1 million as of August 2019. She received a custom diamond tiara and jewelry by Diamond Nexus Labs as a prize from Miss Teen USA 2010.

As a winner, Crawford also gained a two-year scholarship from New York Film Academy which worth over $100,000 to its acting and film-making programs. Additionally, she as a model gains a decent amount from her different modeling contracts, endorsement deals, television commercials, advertisements, and sponsor.

The stunning 5 feet 9 inches tall model Kamie Crawford is recently unmarried but dating her boyfriend named G. The couple is enjoying a romantic relationship since the last two years and the bond between the duo looks strong. She often uploads her picture with her boyfriend on her Instagram.

Kamie posted a photo with G on her Instagram wishing a warm birthday to her soulmate and true love on June 4, 2019. In February 2018, the pair attended the Grammy's and Crawford then posted on an Instagram saying, "Had so much fun at the Grammy’s for my very first time thanks to this one @g_untld.”

BIRTHDAY CHAMPS!!! Apparently IG deleted my caption and won’t let me tag nobody so - here it goes again HAPPY 32ND BIRTHDAY to my soulmate and true love. Watching a historical Raptors win, in your hometown arena for the final game that will ever be played here was exactly the birthday celebration I had in mind for you I hope it’s one you’ll never forget! I love you THANK YOU TIMES A MILLION + MORE to my girl Ramatu for the best night ever and Reesh for this bomb af, good luck charm jersey!!! LETSGOOOOO RAPTORS!!!!! #WeTheNorth #Raptors

The diva fluently speaks Spanish and Patois language. She loves computers and technology and also designs websites as her hobby.  Without any doubt, a versatile personality enjoys shopping and makeup artistry. She is a huge fan of Beyonce as the musical artist is a beauty with brain and a smart businesswoman as well.