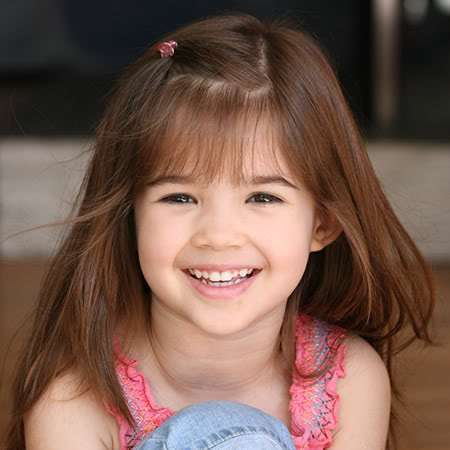 Kaitlyn Maher is a child singer and actress who reached the final four of American’s Got Talent when she was only four years. She gained a contract with Indie Extreme in 2009 and also released her debut album You Were Meant To Be in December 2009.

Kaitlyn Maher was born on January 10, 2004, in Novi, Michigan, United Sates. She is the daughter of Alison Victoria Maher and Reuben Edward Maher. She was raised up with her younger brother Ethan Joshua Maher in Ashburn, Virginia.

Maher’s parents were worried because she was not getting enough sleep when she was only eighteen months due to her singing habit. She even used to sing when she was asleep at night. Finally, her parents took her to the pediatrician and found out that Kaitlyn just loved to sing.

Kaitlyn Maher began her career appearing on the third season of the American television reality show America’s Got Talent and took her step in the top ten of American Got Talent in 2008. Since the successful debut, she continued to capture hearts by her brilliant performances.

Kaitlyn Maher also performed at the National Cherry Blossom Festival and sang at major professional sporting events such as over 40,000 people at a Washington Nationals Major League Baseball game. She has gained more popularity from much other charity and corporate events around the country.

Furthermore, Kaitlyn Maher made her first appearance in her Disney character as the cute little puppy named Tiny in the movie Santa Buddies alongside Zachary Adam Gordon, Christopher Lloyd, and Liliana Mumy.

Kaitlyn Maher was chosen for Disney movie Treasure Buddies and was again selected by Disney to be a lead actress in 2012 film Stanta Paws 2: The Santa Pups. In addition her singing, she has also been involving in the media. Maher was a appeared performer on the Today Show, Access Hollywood, Fox and Friends Christmas Special, and more others.

As a rising singer, Kaitlyn Maher is an unmarried, who is fully engaged with her professional life and is very young to have any affair. Addition to being homeschooled, she is actively involved in ballet, swimming, reading, as well as piano. She is singing at a local nursing home as well.

Kaitlyn Maher is also active on Facebook and Twitter, where she uploaded her daily activities. Besides, she loves to travel with natural places. She has also a white dog.

As an upcoming singer and actress Kaitlyn Maher has a good amount of net worth and salary, which she has gathered from singing as well as subscribers. She stands at the height of around 3 feet 10 inches and her weight is 40kg.