K-Pop Group BTS on The 25 most Influential People List with the US president Donald Trump, J.K Rowling, 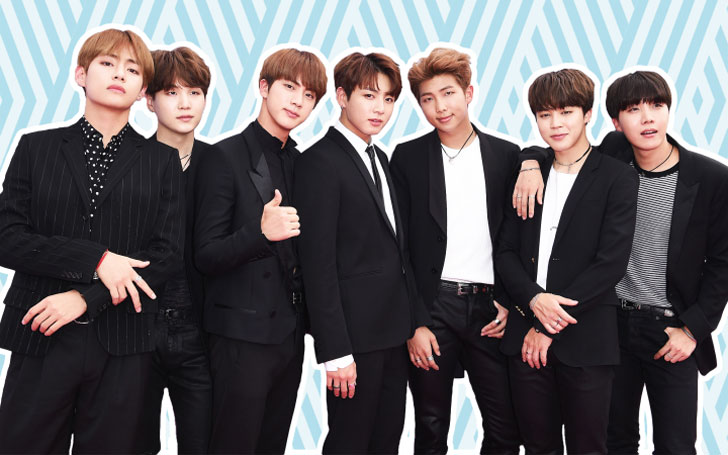 On June 27, TIME posted their annual list of the “The 25 Most Influential People on the Internet.” The magazine said that in order to compile the list, they “sized up contenders by looking at their global impact on social media and their overall ability to drive news.''

And after making history at the Billboard Music Awards, this week, BTS made it on the TIME Magazine’s list of “25 Most Influential People on the Internet in 2017”!

Why Was BTS Included In The TIME Magazine's List The fans aka A.R.M.Y's went crazy with happiness after finding out the news about BTS being on the TIME Magazine's list. And they took to Twitter to share it all:

wow bts made it on time magazine's 25 most influential people on the internet, i love stanning kings

So BTS were the only Korean act featured on TIME's article of most influential people on the internet, they truly own 2017 pic.twitter.com/eBfmMaIlQs

"BTS even bested Hollywood musicians such as Selena Gomez and Justin Bieber given the band's first place ranking on Billboard's "Social 50" chart for 27 consecutive weeks.

The magazine cites BTS’s many weeks at the top of Billboard’s Social 50 chart, enormous success on the Billboard 200 album chart, and Top Social Artist award win at the Billboard Music Awards as evidence of their impact.

“In 2016, the so-called BTS Army propelled ‘Wings’ to No. 26 on the Billboard 200 — the highest-ever debut for a K-pop album — and earlier this year, they helped BTS win Top Social Artist at the Billboard Music Awards,” Time notes. Here are the five amazing facts about BTS, you must know.

The K-pop group has once again shown that their genre of music, flashy and strong dance moves, is beloved all over the world and will not be stopped.