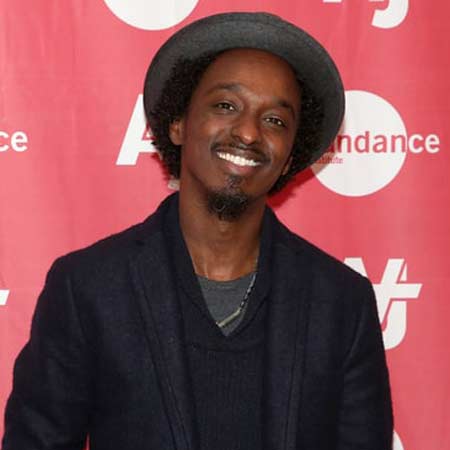 K’naan or Keinan Abdi Warsame was born on April 1978 in Mogadishu, Somalia. Since his childhood days, art and music have been customary to him, as his grandfather was a famous poet and his aunt Magool was a popular singer. Also customary to him was the struggle for survival, living in the Somalian neighborhood packed with rebel societies.

As a kid, he listened to hip-hop tracks sent to him by his father from the USA. He was influenced by rappers like Nas, who he credits as being one of the main reasons he picked the English language to rap.

When K’Naan was 13 years old, his family took him to New York to live with some of their relatives already living there. Once habituated with the English language, he started rapping and pursuing a music career.

In 1999, K’Naan was chosen to perform at a concert during the 50th anniversary of the United Nations. The artist, having been battered by the Somali crisis, took the opportunity to publically ridicule the United Nations for the way they handled the crisis of 1990. His performance caught the attention of a Senegalese artist and was given an opportunity to tour the United States in 2001.

In 2005, K’naan released his first album The Dusty Foot Philosopher which was mostly about his struggle to get out of the woeful conditions in the slums of Somalia. The album won the Juno Award for Rap Recording and nomination for the 2006 Polaris Music Prize.

His second album Troubador released in 2009 was the one that contained Waving Flag, a song/anthem on every football fan’s lips during the 2010 World Cup. The song was chosen as Coca-Cola's promotional anthem for the 2010 FIFA World Cup. In 2012, his song was nominated for Best Video With a Message at that years MTV Music Video Awards. Through the popularity of Waving Flag, K’Naan was able to raise as much as a few million dollars for Haiti.

His third album Country, God or the Girl featured famous artists like Nelly Furtado, Will.i.am and his idol Nas.

Many fans think, the creator of possibly best World Cup anthem ever would be filthy rich. But the philanthropist has other goals alongside musical success. He was involved in raising awareness of 2011’s drought in Eastern Africa. Similarly, he has performed various concerts to raise funds for many underprivileged countries in Africa.

The estimated net worth of K’Naan is $1 million.

Although consistent and vibrant about speaking his mind, K’Naan stays low-key in terms of his personal life. Heck, he has five uploads in his official Instagram account, none of which gives out a clue of his personal life. However, it is known fact that the opinionated singer was married to a pharmacy technician named Deqa Warsame with whom he has two sons, born in 2005 and 2007. Sadly, the marriage didn't last.

In 2014, K’naan briefly dated Oscar-winning star of 12 Years A Slave, Lupita Nyong'o. While most people thought they would be an item, the couple split up within a year of their relationship.

Here is a video of K'Naan addressing a question of Somali identity.