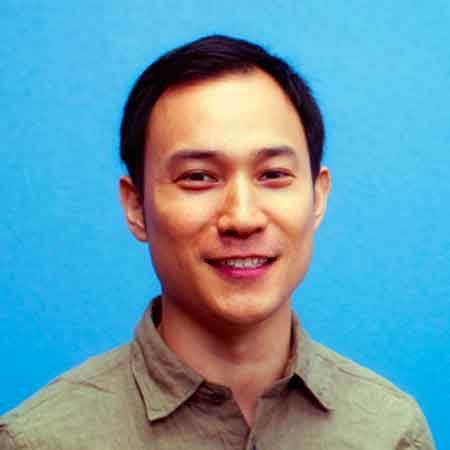 Justin Hakuta is a Filipino- Japanese entrepreneur who works as a Vice President of a multimillion tech company called GoodRx. He has worked a couple of jobs in his life; as a Sales & Marketing Associate, Research Analyst, and Product Manager. The entrepreneur, however, grabbed huge attention as a husband of an actress Ali Wong.

Justin Hakuta was born on October 18, 1981, in Los Angeles, California, to Ken Hakuta and Marilou Cantiller. His father Ken is a popular Japanese-American inventor and television personality.

He was raised with his siblings Kenzo Hakuta and Aki Hakuta in his hometown Los Angeles, California. He is of American nationality and belongs to mixed races of Filipino-Japanese descent.

His father was an inventor and TV personality popularly known as Mr. Fad. His dad's show used to feature some of the inventions that children used to make and through the show, it was promoted. It ran from 1988 to 1994.

Since his childhood days, he was very passionate about reading and he attended Sidwell Friends School in Washington, D.C., and then enrolled at Carnegie Mellon University to get a degree in Bachelor of Arts. As for his master's studies, he enrolled at the popular Harvard Business School from where he earned his master's degree.

Hakuta is the vice president of a multi-million dollar tech company called GoodRx. He has worked in several fields and has involved many companies. Hakuta worked as a Sales & Marketing Associate for Honest Tea and as a Research Analyst for the Center for Court Innovation for 2 years in New York.

For four years he was a co-founder & product lead for Avacara where he managed a team of 10 contract designers and engineers to launch and develop technology platforms. Hakuta worked for Cargomatic Inc. and DIRECTV.

At Cargomatic and GoodRx, he was a product manager and he worked as a product strategist & UX Lead at DIRECTV Digital Innovation Lab. He worked as the vice president of Young Alumni at Harvard Business School for 3 years. While working as a VP he worked for community engagement efforts

Justin Hakuta has not disclosed his exact net worth but sources have estimated It to be around $1.2 million. He has earned his fortune from his career as a businessman.  As a Vice President at a multi-million company GoodRx, it can be right to think he earns in millions.

The company has made a small seed round of about $1.5 million from investors in venture capital. In the fall of 2015, its valuation was more than $300 million.

Ken Hakuta is known to be one of the greatest marketing masterminds of his time. He ran an export business, knew the ins and outs of the Asian markets, and made a $20.0 million fortune out of the popular ‘80s toy, the Wacky Wall Walker.

Like his father, Justin Hakuta has multiple interests in business and has done very well for himself.

Justin Hakuta's wife Ali Wong, who is a renowned stand-up comedian, actress, and writer, has a net worth of $3 million, according to celebrity net worth, in 2020.  The actress has made money from her career as an actress and comedian.

The couple has a luxurious house in Culver City, California.

How They First Met?

Sources suggest that Hakuta and Ali first met at one of their mutual friends' wedding ceremonies in the year 2010. While talking about their first meeting with Netflix special Baby cobra Ali said that,

The first thing I learned about him was that, at the time, he was attending Harvard Business School. And I was like, ‘Oh, my God, I’m gonna trap his a**. Going to trap his a**!’ And I trapped his an** initially by not kissing him until the fifth date, which is a very unusual move on my part. But I did it on purpose because I knew that he was a catch.

After some courtships, the two started dating, before they decided to take their relationship to the next level in 2014.

The couple is very much in love and is seen traveling to different places. He loves cooking for his family and is often seen cooking at his home. They celebrate birthdays together and both husband & wife are always seen praising each other.

Hakuta and his wife Wong have been sharing a wonderful married life with no such divorce rumors. The couple currently resides in Los Angeles, California with their child.

He is very passionate about launching standard products for customers. Hakuta has an Instagram account that has 2.35k followers and he is often seen posting several pictures of his wife.