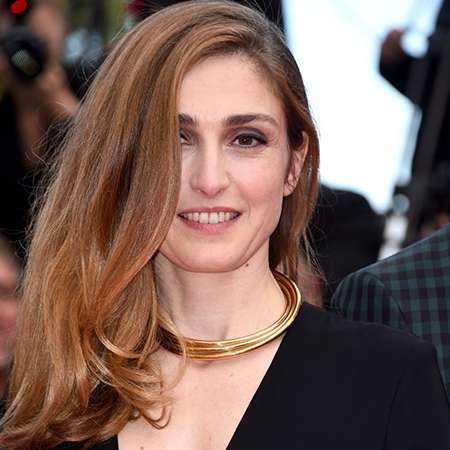 Julie Gayet is a French actress and producer known for her appearances in the movies such as The Liars, Why Not Me?, La Confusion des Genres, and We Are Family. She is also known for being the partner of the former President of the French Republic, François Hollande. The actress has won awards such as Prix Romy Schneider for her role in Sélect Hôtel, Best European Actress for Sélect Hôtel, Brussels International Film Festival, 2009: Best Actress at the Tokyo International Film Festival.

Julie Gayet was born on 3rd June 1972 in Suresnes Hauts-de-seine, France. Her mother was an antiquarian and her father was a surgeon. She was brought up in left-wing intellectual principles. She is French by nationality belonging to Caucasian ethnicity.

Julie learned History of Art and Psychology at University, Operatic singing from Tosca Marmor and Circus Skills at the Circus school of the Fratellini family. When Julie was 17 she studied at the Actors Studio in London and after then continued at the Tania Balachova School in Paris.

Julie Gayet had her acting debut in 1992 in an episode of French TV series Premiers Baisers. Her first appearance in a movie was in “Three Colors: Blue” as an extra. But she was publicly noted in the 1996 comedy Delphine 1. Yvan 0.

Gayet is best known for films like My Best Friend, Chaos, and desire and Select Hotel. She has also sung a duet with Marc Lavoine. Gayet in 2007 founded her own production house called Rouge International with Nadia Turincey.

Gayet has co-directed the doc u mentary Cineast(e)s with Mathieu Busson and it features 20 French female directors. Some of her successful projects are Quai d'Orsay, Another House, We Are Family, All My Agent ! and many others.

The actress has landed numerous iconic roles in both movies and TV series. But the exact amount of net worth of is yet to be revealed which as per some reliable sources can be believed to be over $1 million.

Gayet has received a Prix Romy Schneider in 1997 for her role in Select Hotel.

Julie Gayet got married in 2003 author and screenwriter Santiago Amigorena. Despite their long and loving marital relationship, the two could not last long and divorced in 2006. They have also two children. Following her divorce, she went on to involve in a  controversial relationship with Alexis Mercier, a French singer known as Aldène.

During the 2012 French presidential election, Julie appeared in a video supporting Francois Hollande. From late 2013 there started rumors that she was in a relationship with Francois Hollande who is now the president of France.

Gayet even filed a legal claim for violation of her private life because of the news being in media. But again on 10th January 2014, the Closer magazine published a controversial coverage of the story that supports to confirm the speculation.

Gayet has not been reported to completely deny the affair with the president.