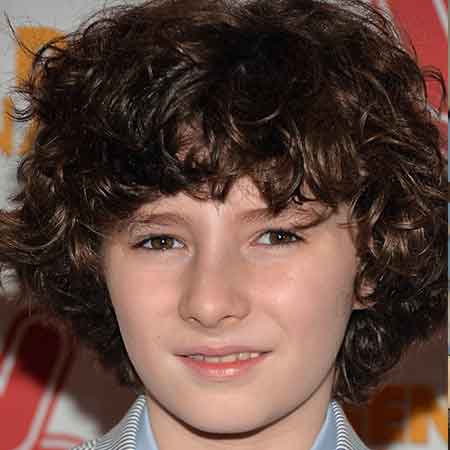 The Young and Talented American actor, Julian Feder is famously known for portraying the role of a boy with autism in the drama film, A Boy Called Po. The movie helped him to win awards like Young Artist Award and Gold Remi Award. Besides, he also worked in several other movies and TV series like Wiener Dog Internationals, Community, Rizzoli & Isles, and Serangoon Road.

Julian Feder was born on 15th December 2004 in Tokyo Japan. Feder is Sagittarius which defines his personality to be curious and energetic. He is the son of Rachel Feder and Lenny Feder.

Feder lived in Singapore until the age of 10.  Moreover, he attended Marnie Cooper School of Acting.

Julian Feder started his career as a child model after he signed a contract with the Paradigm agency. At the age of eight, Feder moved to LA to sign with an agent.

Feder made his acting debut in an animated video and later worked in short movies. He explained,

''My first job was an animated video and then I started doing short films and I loved it. The summer that I turned seven, I came to the United States and got an audition for a Billy Crystal movie. The casting director called an agent who asked to meet me.''

His first popular work was 2016's movie, A Boy Called Po where he portrayed the role of a boy with autism. The movie starred Christopher Gorham, Kaitlin Doubleday, and Andrew Bowen. His performance helped him to win Young Artist Award and Gold Remi Awards.

He told about his experience of playing a role which had a great social message in an interview. He said:

''What drew me to the script was that it had a great message and brings awareness to autism and bullying. Playing Po, a boy with autism who has lost his mother to cancer was a very challenging role. It is the kind of part you don’t see every day as an actor.''

As of 2018, Feder has completed the shooting of the upcoming movie, I Hate Kids. Some of his other works include Wiener Dog Internationals, Community, Rizzoli & Isles, and Serangoon Road where he made a guest appearance.

Julian Feder's net worth is estimated to be in thousand dollars, however, the amount is still under review.  He is still in an early phase of his career and has a long way to go. Feder has many upcoming projects from which we can assume to see a rise in his popularity as well as his earnings and net worth.

The young and talented actor, Julian Feder is not dating anyone at the moment.  He is very young to be involved in any relationship.

He is very hardworking and ambitious. There is no doubt that he is one of the promising actors of Hollywood.

Check out the interview with Julian Feder: