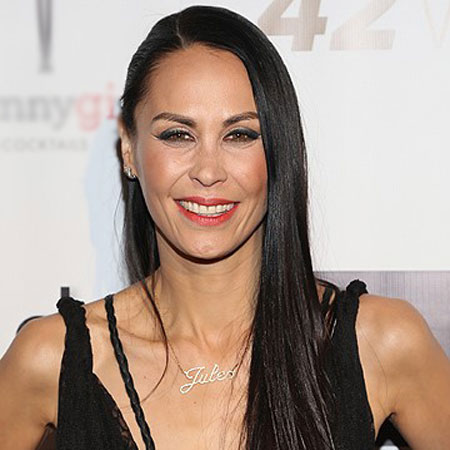 Jules Wainstein is a composer, musician, as well as actress, currently well known for her efforts in The Real Housewives of New York City.

The reality TV personality recently called it quits with her husband Michael Wainstein with who she shares two children.

Jules Wainstein was born on Frb 13, 1981, in Hong Kong. She belongs to white ethnicity and holds a British nationality. She was born to her Japanese mother, Kazue Forrest, and Jewish father, Gene Forrest.

In her early age, Wainstein went to the Fashion Institute of Technology based in New York and worked as an a s sistant designer at a boutique fashion company in the city's neighborhood SoHo.

Jules along with Ramona shares an alma mater, the Fashion Institute of Technology. Wainstein secured her first job as an a s sistant buyer and designer at the fashion company in Soho.

After working as a buyer, Wainstein landed a gig, an event planner for the Women's International Zionist Organization.

Later, she made her reality television show debut in The Real Housewives of New York City's latest season 8. In short time Jules came into limelight.

Jules Wainstein's net worth is expected to be close to $1 million at present. She earns a good amount of money as she owns a beverage company, and also appears on a television reality show, The Real Housewives of New York City.

Besides, Wainstein also receives $200 every week for her children as a food bill and receives $10K every month from her estranged husband Michael Wainstein. She has sold her penthouse apartment at the legendary Apthorp on the Upper West Side for $995,000. The couple originally purchased a historic property for $217,998 in 2011. It boosts one-bedroom unit comes with hardwood floors, arched windows, and high ceilings.

In 2008, she tied the knot with a businessman Michael Wainstein. The two share two children; Rio and Jagger.

After a few years of their togetherness, the couple started having a lot of issues as Michael was seen with another woman named Elyse Bensusan in New York.

After eight years of marriage, the pair parted ways in 2016. As for the reason, Michael reportedly was unfaithful to Jules. The businessman, for his part, accused the actress of a s saulting him in 2012.

On February 23, 2020, Jules was arrested in Boca Raton, Florida, for allegedly hitting her estranged husband. The two are about to get a divorce soon.

Wainstein has agreed to pay the housing expenses for their two children $200 weekly as a food bill. As of Dec 2018, Jules has over 72.6 K followers on her Instagram account.