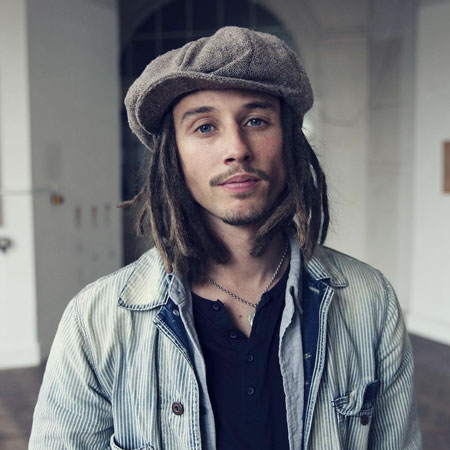 JP Cooper is an English singer and songwriter known for featuring on the Jonas Blue single Perfect Strangers. The song was widely popular and is platinum-certified in the UK. Cooper later released his solo single September Song. He is currently signed to Island Records.

JP Cooper was born on November 2, 1983, as John Paul Cooper in Middleton, Greater Manchester, England.  He was brought up in Manchester in the north of England by his father along with his four older sisters.

He was born in a Catholic family and spent some of his early years in Darlington with his grandparents. His grandfather was a commercial artist and his dad was also an artist.

Copper was interested in sports and was a keen sportsman in his childhood. He later got interested in music during his teen and learned to play guitar initially. Cooper formed his rock band while he was in school.

He was inspired by artists like Danny Hathaway and Ben Harper and discovered soul music.

JP Cooper started his musical career at his teen and played in various bands throughout his teenage. He even worked at the bar in his early days and started writing his songs.

In 2012, Cooper started his recording career with his first self-released EPs. He soon made a huge fan base through his talent and attended several shows and concerts. He was chosen by MOBO (Music of Black Origin), U.K.’s most influential organization as one to watch which boosted his career. He even got the opportunity to perform alongside Angie Stone, Mica Paris, and Omar.

Copper was signed to Island Records in mid-2014 and released his debut EP, Keep the Quiet Out in July. He released his second EP When the Darkness Comes followed in 2015 and even presented his first album, We were Raised under Grey Skies in 2016. His latest single, September Son was released in 2016.

JP Cooper currently resides in Manchester and is often seen in London. He is a single dad of his four-year son. He is yet to reveal the mother of his child. However, the rumor says that he might have been left by his wife after the birth of the child.

Cooper spends most of his time with his son swimming, playing with his train, and other various games. He faced difficulty a year after the birth of his child. He worked in a bar to support his livelihood and stayed in a shared room. His career got uplifted after he was signed by Island Records.

JP Cooper is a self-made and self-taught musician who is very popular among fans. Making his debut in the music industry in 2012, he has earned a name, fame, and net worth in a short time. His current net worth of his is estimated to be around $1 million.