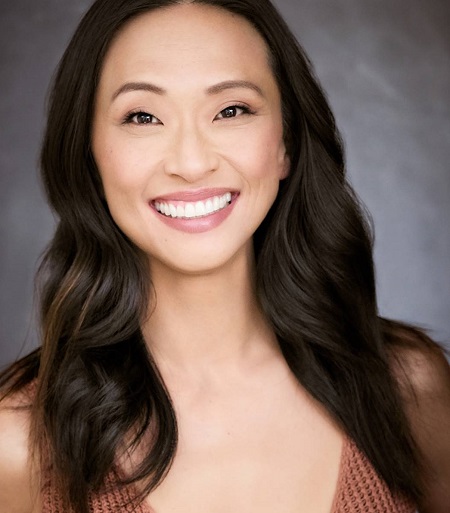 Joy Osmanski is a rising Korean-American actress who is famous for her comedic roles in the television series like The Loop, True Jackson, VP, Devious Maids, and Samantha Who?. The 44 years old actor currently stars in the DC Universe series, Stargirl as Paula Brooks.

Joy’s full name is Joy Kathleen Osmanski. She was born on 29th October 1975, in Seoul, South Korea. She holds dual nationalities, Korean and American. She is not aware of her biological parents and was adopted by American parents.

Joy studied at the Principia College and later attended the University of California, San Diego, to graduate with an MFA.

Joy began her acting career in 2006. She made acting debut appearing as Darcy in the television series, The Loop. In the following year, she appeared in hit series like Samantha Who? and Grey’s Anatomy.

Since then, Joy has starred in many hit television shows like Better Off Red, True Jackson, VP, Allen Gregory, Next Caller, Chaos, Men of a Certain Age, Save Me, Kirstie, Family Album, Dwelling, Slanted, It’s Always Sunny in Philadelphia, Lucifer, Younger, Castle, The Following, Kingdom, iZombie, Destiny 2, Freakish, Santa Clarita Diet, Stargirl, Duncanville, and many others.

The actress has worked in movies like White on Rice, Daylight Savings, A New Color, Surrogate Valentine, Shot, Wedding Place, and Applecart.

The 44 years old actress is a married woman. She is married to husband Corey Brill, an actor known for appearing in The Walking Dead.

The pair tied the knot in 2009 and now enjoys almost twelve years long conjugal life. As per her Instagram post, she is the mother of three children; son, daughter, and step-daughter.

How Much Is Joy Osmanski’s Net Worth?

Joy has worked in dozens of movies and television series and has become one of the promising actors in the Hollywood industry.

As of 2020, Joy Osmanski’s net worth is estimated to be around $900 thousand. She collects a high figure of salary from an acting career.