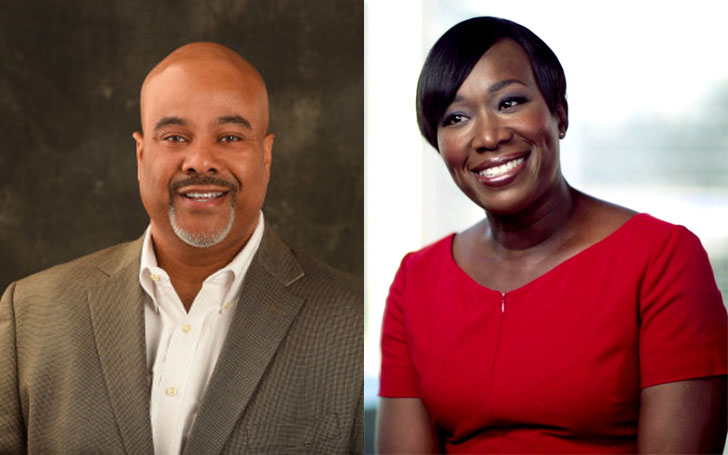 Joy-Ann Reid, a political commentator, and an author is a national correspondent at MSNBC. The talented journalist with multiple professions has managed her personal and professional life smoothly.

American television host, Joy-Ann Reid, is currently married to Jason Reid. Jason is a partner and senior editor at Image Lab Films and also a former senior editor at the Discovery Channel.

Joy is quite a secretive person. Joy and her husband Jason got secretly married and even haven't revealed their marriage date and location. Both of them have kept every detail of their married life under the radar. Though it was never revealed when it all started and how their love story began, the couple seems much in love and sharing a loving relationship for many years now.

They together are blessed with three kids, two sons, and one daughter and they are grown up. Well, we can guess that Joy and Jason were married for many years. Joy is currently in New York City with Jason with their children.

For fifty years old Journalists frequently shared pictures of her with her family. Observing the pictures, we can say she is sharing a healthy relationship with her husband, Jason Reid, and with her kids.

In an interview with thegrio.com in June 2014 on the occasion of father's day, she shared:

“I really didn’t have my father in my life for most of my life. He would come visit us once every couple of years. He didn’t really do a good job at fatherhood, but what we did get out of the experience of his absence was a sense of real self-sufficiency. We were very self-reliant kids.”

She then concluded by saying that her children have opposite experiences since her husband Jason is unlike her father and he is a great dad.

Joy started her career back in 1997. She first served in a business consulting firm where she performed as host of the WSVN Channel 7 morning show. She also performed as co-host of Wake Up South Florida from 2006 to 2007 and radio talk show.

She then performed as managing editor, a political columnist for The Miami Herald, and the editor of The Reid Report political blog. Joy is currently serving as an MSNBC national correspondent since February 19, 2015.