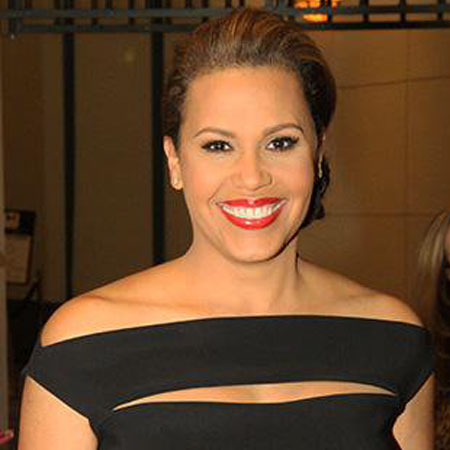 An Emmy Award winner, American newscaster, and reporter, Jovita Moore, serves at the WSB-TV network based in Atlanta, Georgia as a daily news presenter. She can be seen on channel 2’s Action News at 5 pm, 6 pm, and 11 pm newscasts.

Born on 4th  October, Jovita Moore is a native of New York. She was raised by a single mother in an apartment in New York. She is an American by nationality and has mixed ethnicity. She is of White-American and African descent.

She is a graduate of Bennington College with a degree in Arts majoring in literature. It was then that her professor suggested her writing style can help her pursue her career in journalism instead.

Taking the suggestion seriously, Jovita Moore interned at Amsterdam News in Harlem. Initially, Jovita loved building up a story from scratch but having seen the competency of broadcast, she decided to join in the broadcast.

Hence, Jovita enrolled at Columbia University Graduate School of Journalism and earned her Master’s of Science Degree in Broadcasting.

Upon graduation, quickly enough, Jovita Moore grabbed an opportunity to work with KFSM, a television station owned by New York Times based in Arkansas on a ‘one-man band’ job. She loved driving the truck, setting up the equipment, shooting the video, and performing the interview as part of the job.

Jovita Moore took every opportunity to build herself mature for the process to appear in the bigger market which was her goal and worked for KFSM-TV for three years getting a promotion as an anchor at WMC-TV based in Memphis, Tennessee.

Later she got her dream knocking on her door in 1998 to work for the bigger market associated with WBS-TV based in Atlanta, Georgia. Sophia Choi, Fred Blankenship, and Wendy Corona are some of her colleagues at WBS’s Channel 2 Action News.

In 2008, Jovita covered former President Barack Obama's inauguration in the freezing weather. She said it is her most memorable cover ever. He further told, "It was so very special to me because of its place in history." However, she says she has never got the opportunity to meet former President Obama and former first lady Michelle Obama.

Jovita Moore is also a philanthropist. She served her community making her mark as a member of Outstanding Atlanta’s class of 2004 and Leadership Atlanta’s Cla s s of 2007. She spends her time with civics and NGOs across Atlanta. She is the owner of a non-profit youth organization called ‘Live to Prosper’.

As per the source, the average wage for a newscaster in Atlanta is $38 dollars per hour. According to Paysa.com, an average Newscaster in America earns around $48,014 annually.

Having been working as a newscaster for almost two decades being based in Atlanta and along with other ventures, Jovita Moore is believed to have a good salary making her net worth above $1 million dollars.

Jovita Moore is known to be a passionate mentor. She advocates for single mothers' welfare. She believes in hard work in order to make a solid foundation for success.

Mother of three children, Shelby, Marley, and Josh, Jovita Moore is a single mother as per her profile at WBS. She mentions her children are her significant achievement.

Quoting that, she has disclosed information regarding her boyfriend neither her husband nor her married life.

Her romantic affairs are far from public knowledge although she is regularly updated on social sites. Jovita is good friends with her make-up artists whom she calls BFF and sister. She is an avid dog lover and has a pet called Copper the CoovaPoo.