Jourdan Dunn: A Super Model And A Super Mom, Does She Have Another Man In Her Life Besides Her Son? 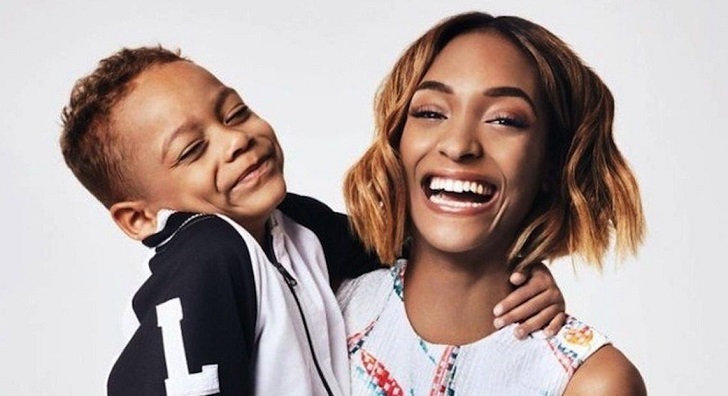 Jourdan Dunn was at the peak of her career when she became pregnant at the age of 19. The model, however, chose to be a mother over her career and gave birth to a son Riley Dunn in 2009.

Who is the father of Dunn's son? Is the model turned actress dating anyone at present? We have all the answers here.

Who is the Father of Jourdan Dunn's Child?

The 27-year-old actress and model Jourdan Dunn is a mother of son Riley Dunn, born on December 8, 2009.

She welcomed the son with her former longtime boyfriend, Jordan Cummings. Soon after the birth of their son, Riley Cummings was arrested for dealing cocaine and sentenced to 3.5 years in jail. 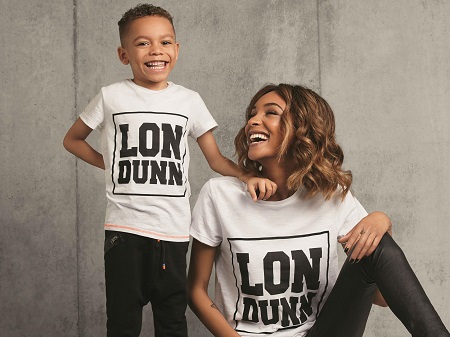 [ CAPTION: Jourdan Dunn and her son, Riley ][ SOURCE: The Independent ]

Dunn worked until she was six months pregnant and made her comeback after Riley was 10 weeks old. A teen single mom balancing her work and motherhood, she explained raising her kid wouldn't be possible without her mother's support:

When not in New York, where she has an apartment, Dunn lives with her mother, Dee, in the family home in Greenford.

"My family are the realest people around me and will always have my back. That’s when I feel most comfortable, when I’m with them. I’ve always been really close with my mum and both my brothers."

The British model and her son reside in their family home in Greenford along with her mother Dee and brother Antoine Dunn.

Dunn who was discovered in Hammersmith Primark in 2006 is a loving and dedicated mom and her son is always her priority no matter what. Back in 2014, Riley was diagnosed with sickle cell anemia which affects the shape of blood cells leading to organ damage.

At the time, the mother of one said:

“I make sure my son is my main priority no matter what. I will put that over any job. I will be there for him.”

Moreover, she also conducted an awareness program for the disease as an ambassador for the Sickle Cell Disease Association of America. 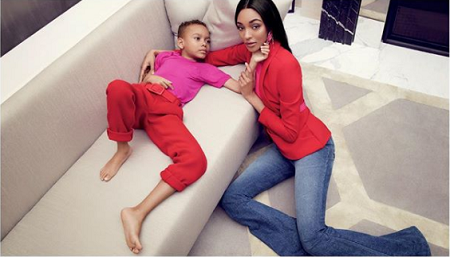 Most recently, the model and her son have been featured in Brandon Maxwell's spring/summer 2018 campaign.

Dunn seems to be single at present as she hasn't introduced anyone as her boyfriend officially. Well, it looks like the supermodel seems to be busy juggling being a mother and career at present.

As per gossipmongers, Dunn's most recent romance was with her fellow model Younes Bendjima. The pair first met at a Met Gala 2015 afterparty and were reported to be dating since summer of 2015. 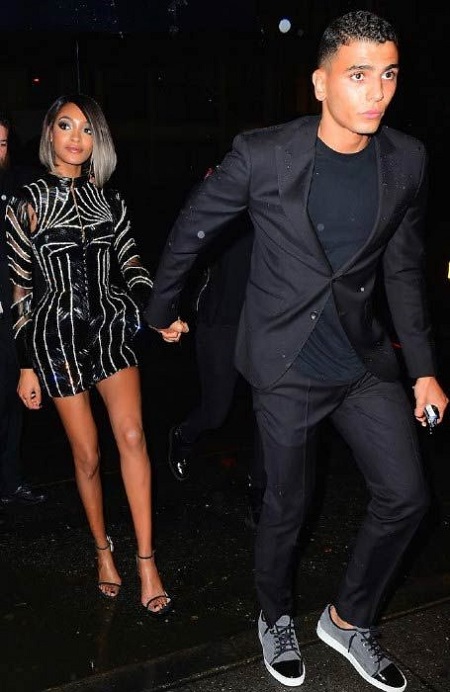 They also celebrated New Year’s Eve 2015 in Bali. Dunn and Bendjima later broke up in 2016. 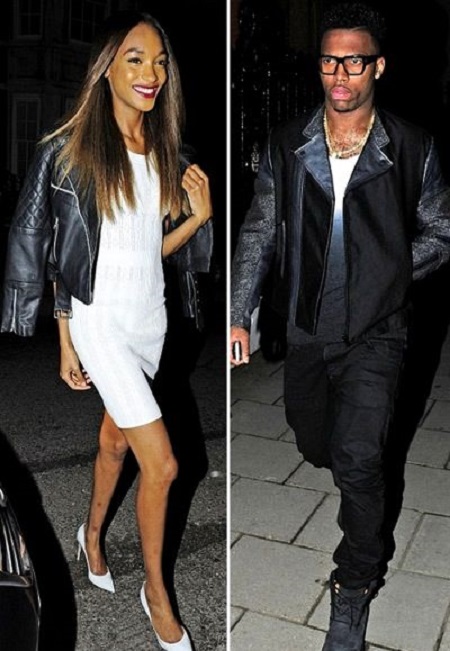 Previously, she was in a romantic relationship with Liverpool striker Daniel Sturridge. They had their first encounter at the 2013 annual musical festival sponsored by Virgin Media and soon after that, they started dating. The couple separated after a year of dating.