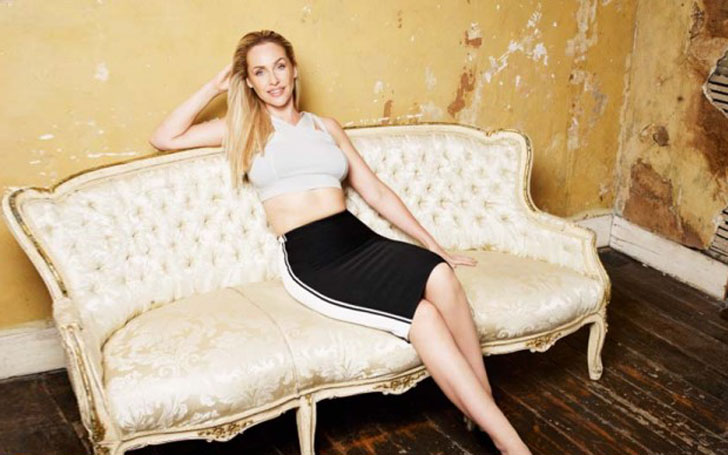 Josie Gibson is an English actress and television personality who rose to fame after winning the reality show Big Brother 2010. And her personal life is as exciting as her life in the Big Brother house was! We have all the receipts on Gibson's dramatic relationships, with Sam Player and Luke Sanwo.

And who is Josie Gibson dating currently? We're answering all your queries here.

Who is Josie Gibson's Current Boyfriend?

The gorgeous English diva took sufficient time to fall in love again after she went through the bitter split with her partner Luke Sanwo in 2013. However, she didn't spend much quality time with the second guy, Sam Player, either as they broke up in no time.

As per reports, the former Big Brother winner is living a single life currently after her split with Sam Player. After spending a few months as a  couple, Gibson found her beau cheated on her repeatedly. And that's when the relationship came to an end as well.

The 32-year-old English television personality Gibson got together with Mr. Player in early 2017. The couple was spotted enjoying their time together in several places across the United Kingdom during their relationship.

Josie Gibson and Sam Player together

Josie Gibson revealed her new engineer boyfriend Sam during her red carpet appearance on March 30, 2017, at Thorpe Park. Later in an interview, she disclosed she met Sam in a local gym and shortly after they started dating each other.

Disclosing some raunchy details about their relationship Gibson said, "We've also been getting jiggy in the bedroom - too jiggy I might add!.'' Gibson seemed so happy with her sex life with Sam Player she even said it's helping her stay in shape. To quote the actress herself:

We know how to work up a sweat, and it's getting me in shape. I definitely agree that women reach their sexual prime in their 30s - the dirty 30s is what I call it!

Josie Gibson and her ex-boyfriend Sam

However, to Gibson's dismay shortly after she disclosed her romance with her new beau, she found him cheating on her. And she blasted her anger and frustration on him via Twitter. She wrote,

When you find out you've been going out with a complete narcissist and womanizing weirdo for 6 weeks. Sam player you are vile.

"If you see this man in Bristol girls run a mile...compulsive liar, womanizer, abusive and violent..'

Well, that escalated quickly, didn't it? Good for Josie Gibson that she found out only after 6 weeks. Too late and it could have become a case too difficult for her to handle.

Before the actress was linked with Sam, she stayed in a relationship with a few guys. As per sources, Josie dated John Parton, her first boyfriend, in 2010. They broke up in a year due to alleged ''personal dispute.''

Josie Gibson and her ex-boyfriend John Parton during their relationship

Shortly after her split with John, Gibson found new love in Luke Sanwo. The lovebirds started dating since mid-2011 and spent a lot of quality times together. However, this relationship didn't work either and she split from him in 2013.

During their two years long affair, Josie Gibson, and Luke Sanwo were spotted together in various places and events. While they were together this couple was all over the social media flaunting love for each other. However, it seems good things do not last long.

Let's hope Gibson's single life is treating her well! If it's not, you know we'll update you!