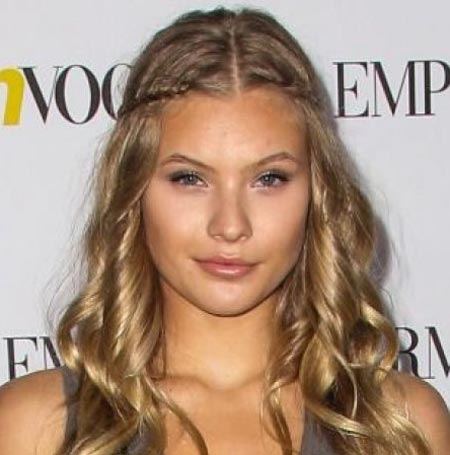 Josie Canseco has built a splendid career as a model, but gained early success as an actress when she was cast in a VH1's reality TV series Hollywood Exes along with her mother. As a model, Canseco has worked for a number of popular magazines and brands like Love Magazine, Teen Vogue, Aeropostale, and Urban Outfitters. She gained further popularity after she became the Playboy Playmate of the Month for June 2016.

With titles like American League Rookie of the Year and AL MVP, her father Jose is considered one of the greatest stars in the MLB history. Despite his fame, the accomplished athlete was also tangled in a number of criminal charges that led him to earn bad-boy reputation off the field. Her parents exchanged their vows in 1996 and divorced after three years.

Canseco spent most of her childhood days in Weston with her family. As far as her ethnicity is concerned, Josie is of half Cuban and holds American nationality.

During her early teenage, Canseco appeared on VH1's reality TV series Hollywood Exes along with her mother. Other cast members of the series are Mayte Garcia and Andrea Kell. The mother-daughter duo also became the part of internet web series @SummerBreak in 2013.

After a short-run acting career, Josie Canseco stepped out of the acting world and started pursuing a career in modeling. She initially worked for Kohl's and Hollister before landing her first major professional modeling job for Love Magazine.

Josie later auditioned for the SI Swimsuit Issue 2016. She gained wide attention after becoming the Playboy Playmate of the Month for June 2016. Furthermore, she also appeared for the Kith x Coca-Cola 2018 ad campaign. 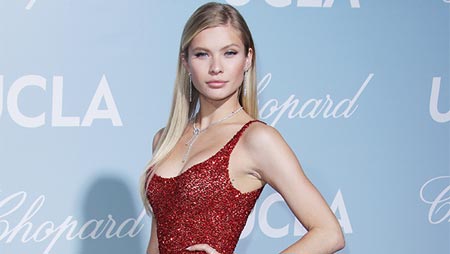 As per estimation made by various genuine sources, Josie Canseco has a net worth of around $2 million in 2019. She has a successful career as a model and has already graced covers of many reputed fashion magazines.

The model became the Playboy Playmate of the Month for June 2016 and won a $25k as prize money. Sources also report that the Playmate of the year obtains the additional prize of $100,000 plus a car too.

On the other hand, Josie also has an impressive fan following on her Instagram account with over 533k followers, in 2019. She also earns an impressive sum of money from that is estimated to be around $500 per promotional post, from the social media platform.

Besides, her father Jose has an estimated net worth of $500k while her mother Jessica has a net worth $3 million.

Josie Canseco is yet to be married. But, the model is currently dating her boyfriend Brody Jenner, an American television personality, disc jockey, and model. They first met at a press tour for The Hills in New York, as per TMZ.

The couple started dating in August of 2019, shortly after Jenner's separation from his ex-wife Kaitlynn Carter. The couple tied the knot, in 2018, in a small wedding ceremony held at Indonesia.

But, a source close to the couple said Jenner and his ex-spouse Carter were never legally husband and wife as the two did not obtain a wedding license in the U.S.

As of now, Josie and her new beau Brody seem pretty much into each other. On September 14, 2019, the newly minted couple was seen holding hand and sharing a kiss while being on horseback. 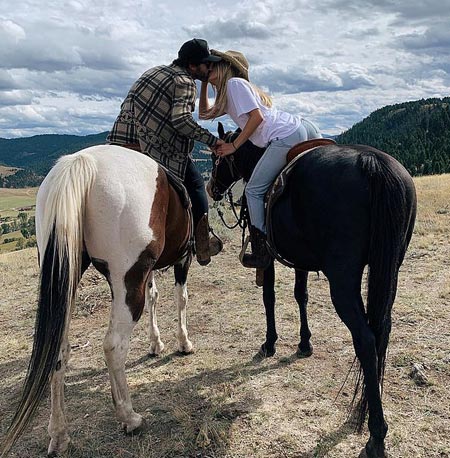 Josie Canseco and her current boyfriend Brody Jenner kissing with each other on horseback SOURCE: newsfeeds. media

Jenner's mother Linda Thompson said she was happy with her daughter's relationship with Jenner. On Sep 14, Linda attended the Face Forward International Gala in Beverly Hills where she raved about the model and told her "She's darling."

Josie Canseco was in a brief relationship with Michael Seander-better known as rapper Mike Stud. The couple started dating in 2015. The model also featured in a music video for his song, Anyone Else.

It was reported that her former boyfriend Mike cheated several times on her. After such behavior, Josie's doting father Jose Canseco infamously threatened to shoot Mike if he didn’t treat his daughter right.

Talking to New York Post in late 2018, the model said that she was pretty sure Stud was “the guy I am going to end up being with for the rest of my life.”

But, later it all did not accrue as they had thought and they broke up in 2019.

In 2015, Josie Canseco was arrested for reportedly driving under the influence of drugs. Sources report that her car hit the curb. The next day, the model released after she deposited $15k bail.