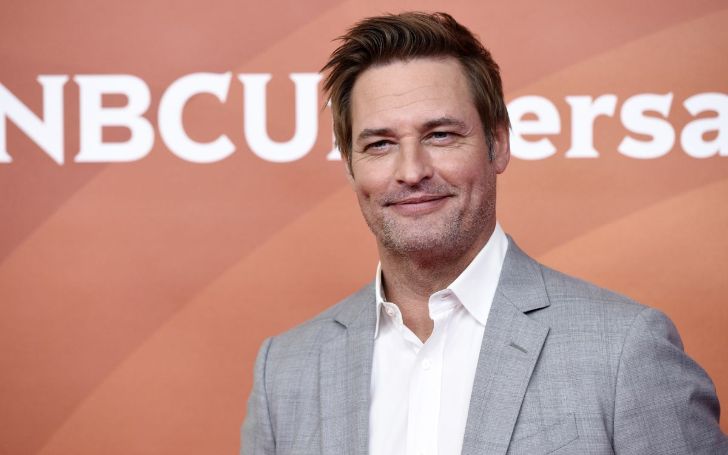 Josh Lee Holloway aka Josh Holloway is an American actor, producer, and model who is very famous for his appearance on the American television show Lost as James "Sawyer" Ford. Also, he is known for his work in the Colony, Mission: Impossible - Ghost Protocol, and  Sabotage.

Josh Holloway was born under the birth sign of Cancer on July 20, 1969, in San Jose, California, the United States as Josh Lee Holloway. His father was a surveyor and his mother was a nurse. He has an elder brother and two younger brothers.

He moved to Georgia from San Jose, California along with his family when he was just two years old. He is of American nationality and belongs to white ethnicity.

While talking about his education, he completed his high school graduation in 1987 from Cherokee High School. Later on, he joined the University of Georgia but had to drop out of college after the first quarter of the first year because of financial problems.

Josh was born in a poor family and he along with his brothers had to live in a trailer and since thier childhood days, they had to look for a job for survival. At the age of eleven, he collected carcasses of dead chicken and disposed of them as a part of his part-time job.

Is He Married Or Not?

Together they have shared two kids: a son named Hunter Lee (born in 2014) and a daughter named Java (born in 2009). Since the marriage, the couple's living a very happy life, and as of now, they have completed 26 years of togetherness.

Has $22 Million Worth; Model Turned Actor

Josh Holloway started his career as a model in the entertainment industry back in 1999 and later on made his way to acting as well. As of now, he is also working as a producer. So from his several years, he is earning a huge amount and as of 2020, his net worth is calculated to be around $22 million.

While talking about his acting, he made his first appearance in the TV series, Angle in 1999. After that, he has appeared in several TV series such as  Walker, Texas Ranger, CSI: Crime Scene Investigation, NCIS, Lost, Yo Gabba Gabba!, Colony.

He is very famous for his work in the 2020 TV series, Yellowstone as Roarke Carter. In the series, he has shared the screen alongside Kevin Costner, Kelly Reilly, Cloe Hauser, Luke Grimes.

On the other hand, he made his big-screen debut in 2001 after appearing in Cold Heart. Some of his other notable movie appearances include Moving August, Stay Cool, Mission: Impossible – Ghost Protocol, Paranoia, Sabotage.