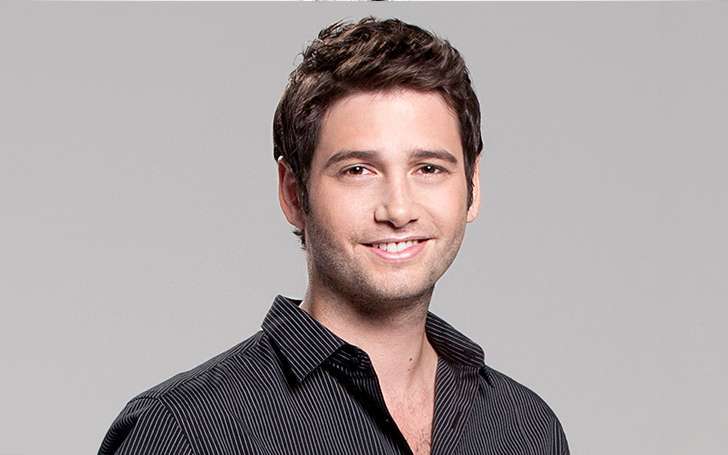 Million Dollar Listing star Josh Flagg has engaged once again! Previously, he was engaged to interior designer Colton Thorn. But this time it's Bobby Boyd. Josh popped up the question to his boyfriend Bobby Boyd in Paris in July 2016.

How Did Josh Flagg Pop-up The Big Question to His Boyfriend, Bobby Boyd

The proposal was one of the most amazing of all if you ask us. The story goes like this, Josh told Bobby that he will take him to a fashion show and brought him to the fourth Season Hotel George V. The music was playing smoothly, people were there. Josh and his boyfriend with his friends were sipping champagne.

Josh Flagg and Bobby Boyd with their friends

Then suddenly a man started dancing according to the music followed by some other dancers. And finally, there were 40 people dancing in the same order. After some time the song changed to Bobby's favorite song than two dancers came in and took the couple.

Until then, Josh's beau did not have a hint about the purpose. But when Josh spoke some amazing lines and went on his knees Bobby's eyes filled up with tears, and he said YES. Now they are said to be staying happily. Now, let's  go back to the start of this relationship!

Josh Flagg and Bobby Boyd knew each other ten years before they started dating in the beginning of 2016. They were just friends who were dating different people. After the relationship between Josh and his former fiance Colton Thorn was over, they went on a real date.

After their first real date, Josh was sure that Bobby was the man who he wants to marry and live with for the rest of the life. But why get engaged so soon? Here's what Josh has to say about it:

My parents were engaged at three months and are married for 34-plus years, so it does happen sometimes. Some people get engaged and wait and get married three, five years later, then get divorced the next day. So with him, I knew he was the one for me. And so I wanted to get engaged.

Josh is very clear about the relationship and has planned everything for his future. Talking about planning and all, did you know that the duo has already thought about their wedding? Sooner than anyone expected.

They will be getting married this summer. But they did not have an engagement party, so the wedding ceremony will be only be conducted after the engagement party. And Josh already has the dream wedding destination on his mind.

You can imagine how the wedding will be after taking a look at the proposal. According to the Million Dollar Listing star, he wants to get married in Hawai or any other beach, but his boyfriend will not wear a tuxedo on the beach.

So, he speculates that they will get married in some ballroom of Beverly Hills. But the star is sure about his post-wedding destination as he wants to be on the beach beside his soon to be husband Bobby Boyd.

Hope everything that the duo has planned comes to life. Best Wishes!  For more celebrity gossip and news, keep coming back to  Article Bio.