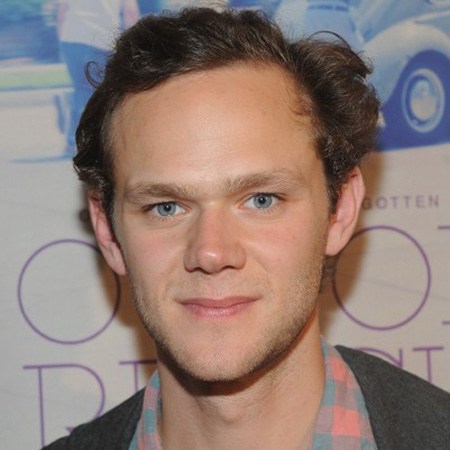 Joseph Cross is one of the famous faces in the entertainment field. He is an actor best known for his portrayal as a son of Michael Keaton in 1998 Christmas fantasy comedy-drama film, Jack Frost. Debuted his career as a child actor, he won Satellite Award for Best Actor Motion Picture.

He later appeared in numerous films and TV series including Mindhunter, Big Little Lies, Mine Games and Elementary. In 2017, he appeared in a feature film Everything Beautiful Is Far Away.

Cross was born as Joseph Michael Cross on 28th May 1989, in New Brunswick, New Jersey. He belongs to White-American ethnicity/race and holds American nationality.

Cross is born to Maureen and Michael J. Cross. His mother is a real estate agent whereas, his father is a marketer. He was raised in Pelham along with his four siblings.

Cross also used to play guitar for Rooster band during his childhood days. However, he left the band to develop his career as an actor.

Cross started his acting career at the age of eleven. As a child actor, he first appeared in the Hollywood movie, Desperate Measures and Disney Channel Original Movie, Northern Lights.

Cross won the Satellite Award for his roles in Running with the Scissors as Augusten Burroughs. He was also nominated for the Screen Actors Guild Award for portraying Dick Pabich in movie Milk.

Cross has appeared in the renowned TV series, Big Little Lies as Tom in 2017. There he worked along with other stars including Nicole Kidman, Reese Whitherspoon, Alexander Skarsgard, and Laura Dern.

A talented actor Cross has maintained his personality pretty standard. As of now, he has appeared in various TV series and movies from where he made a huge amount of money.

In 2013, he played in a biopic movie Lincoln, based on former American's President Abraham Lincoln, made $275.2 million worldwide.

Cross,31, is not married yet. This fresh-faced star has not disclosed about having a past affair or girlfriend to the media. Also, he has not yet confirmed about his relationship.

Cross is a good friend of actress Anna Friel, a co-star of Breakfast at Tiffany. Their close friendship fuelled speculation that the relationship between Anna and her long-term partner, British actor David Thewlis is not going well. It was once rumored of having an affair between them.

Currently, Cross is focused on pursuing his career and has kept himself away from the relationship. Cross might search for a right partner rather than being in a fake relationship.