Jordin Sparks Break Up with her Boyfriend Jason Derulo,Know about her Current Affairs 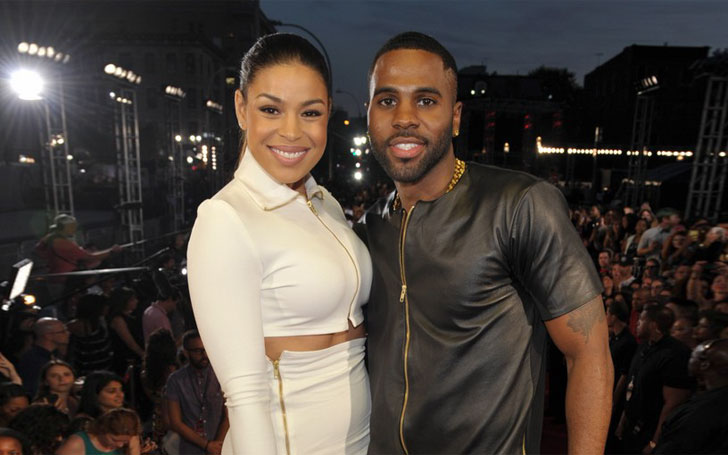 Oscar Wilde once says "The heart was made to be broken”

It happened with the Jordin Sparks the popular singer & actress. She is the winner of American Idol season 6. She got in and out of three unsuccessful relationships, which is heartbreaking to all her fans. But recently she is again rumored to be dating another man, let's find out if the rumors are true?

We have all exclusive details about her recent affairs plus past relationship history, here.

Is Jordin Sparks Married or In A Relationship?

Grammy nominated multi-platinum R&B singer Jordin Sparks recently performed the national anthem in the NBA final match. She is unmarried and focusing on her career. Previously, she was in a relationship with two men but currently, she is single.

She is exactly the kind of celebrity who loves to share her eventful life to her fans and followers via social sites. Jordin shared that she is going to her LA home and is excited to meet her mother and other family members via her Twitter on 13 June 2017.

She also shared another story on her Instagram captioning sadly ‘How am I supposed to lose weight when the best part of life is food”. This show how difficult it is to lose weight for foodie person like her.

Jordan garnered huge fame after winning the reality singing show American Idol 6 in 2006. On that show, she was allegedly dating her fellow singer Blake Lewis, who is also a runner-up of the contest. However, the duo outed that they were good friends and never confirmed their relationship. In 2008, Sparks started dating singer Steph Jones and she dated him for two years. The couple separated in 2010.

After separating from him, she started dating another singer/actor Jason Derulo in 2011. They dated for three years. Unfortunately, they broke up in September 2014 without sighting any reason behind their separation.

After separation, Jason confirmed it to the media,

Though I think it is a private matter and intended to keep my break-up with Jordin personal, due to bogus and irresponsible lies being reported by insensitive media outlets it became necessary for me to comment.

He also said their relationship developed tension and admitted that every relationship has to go through good times- and bad ones. He said relationship saw some pretty bad time which forced them to get separated from each other. After a painful break up with Jason, she found a new boyfriend Sage the Gemini, popular rapper. The couple began their relationship in April 2015 but they could not take their relation far. Sparks and Gemini separated after one year together.

According to E Online, the duo developed difficulties due to Saga's trust issues. She never shared much more about the reason behind their breakup.

Also, read: How much does Jordin Sparks earn as a singer-songwriter? Discover her brilliant career here

We assume that she is searching her right men and she probably gets the perfect man for her soon enough. We will let you know if she finds her men in coming days, keep coming back to our site.

For more details about Jordin Sparks and other Hollywood celebrities, keep coming back to Article Bio.