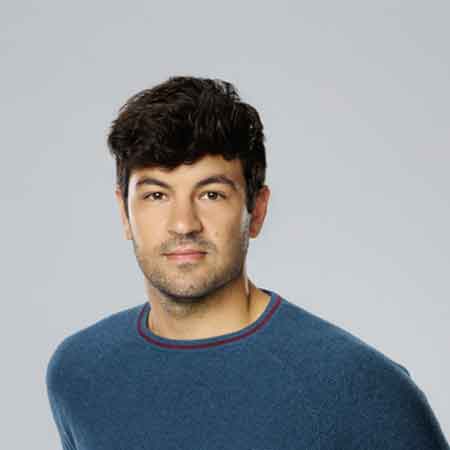 Jordan Masterson is an American actor who is active in the entertainment field since 1993. He is well known for his roles, Ryan Vogelson on the ABC comedy series Last Man Standing (2011), and as Dumptruck on ABC Family's Greek (2007). He is also popular for starring in the comedy movie The 40-Year-Old Virgin (2005).

Masterson was born on 9 April 1986 in Long Island, New York, USA to Carol Masterson and Joe Reaiche. His mother is a business manager who follows Scientology and his father is a former National Rugby League NRL Professional player.

He has a brother named Will Masterson and a younger sister named Alanna Masterson who is an actress. Masterson is the younger half-brother of Danny Masterson and Christopher Masterson.

Masterson since his childhood was very active in sports like baseball, snowboarding, and tennis.

Masterson made his acting debut in the year 1993 in the television series named Marilyn & Bobby: Her Final Affair as Joseph. And in the same year, he portrayed the role of Zeb in Danielle Steel's television adaption Star.

In 2005 he made his debut appearance in the short movie named Pancho's Pizza as Skater. And in the same year, his first notable role came when he portrayed the role of Mark alongside Steve Carell, Paul Rudd, Romany Malco, Elizabeth Banks in the movie named The 40-Year-Old Virgin.

Happy birthday to the kid sis @lucytwobows I know you still have that sweater. I love you

A post shared by Jordan Masterson (@jordanmastersonofficial) on Jun 28, 2016 at 8:40am PDT

Then after, he appeared as a guest in various tv series which include 7th Heaven, CSI: Miami,  Without a Trace, How I Met Your Mother. In 2010-2011 he appeared in a recurring role in the TV series, Greek as Dumptruck.

He has appeared in several movies and television series, however, his breakthrough role was Ryan Vogelsong in the sitcom Last Man Standing (2012-present). He featured in over 60 episodes of the Primetime Emmy Award-nominated series.

Jordan Masterson's Net Worth, Salary, And Major Source Of Income

American actor Masterson has collected a large amount of money from his successful career. His net worth as per some sources is believed to be around $1 million. His major role in both movies and TV series brought him a good amount of money.

In the year 2005, the actor played the role in the movie The 40-Year-Old Virgin which became the quite hit at the box office racking up over $177 million against $26 million.

Previously Dated  Dakota Johnson; What Is His Current Relationship?

As of 2019, Masterson is possibly single. He has been linked to anyone at the moment but was in a serious relationship with two actresses prior.

From 2011 to 2014 he was dating Fifty Shades of Grey actress Dakota Johnson, daughter of famous actors Don Johnson and Melanie Griffith.

Before Johnson, Masterson was in a relationship with another actress named Angie Simms in the year between 2006 to 2010.

Moreover, her younger sister is also an actress who is well known as Tara Chambler in the television series, The Walking Dead.