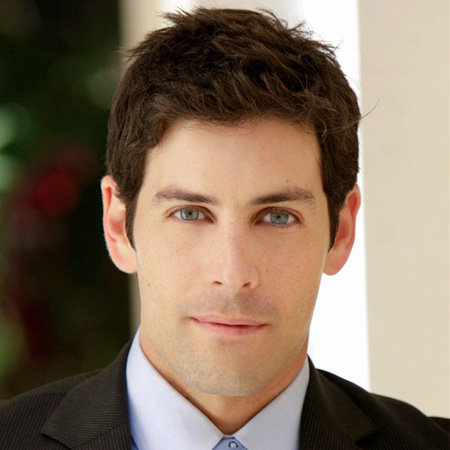 Jordan Belfi is an American Actor best known for his most recent role as Nick on Grey’s Anatomy, Season 8. His other roles include acting in Entourage, Moonlight, Gilmore Girls etc.

Jordan Belfi was born on November 30, 1978, in Los Angeles, California and was named Jordan Christopher Belfi. Though not much is known about his childhood history, it is known that he graduated from Wesleyan University in the year 2000.

Jordan Belfi started her career in 1990 with small roles, which extended further to give him more notable roles on the most watched series’ on television as well as several film appearances.

Jordan Belfi played the role of agent Adam Davies on HBO’s hit series Entourage. This American comedy-drama television series premiered on 2004 and ran for eight seasons before concluding on 2011. The show hosted a number of guest appearances by several A-list actors and was a huge hit. Belfi’s role was highly appreciated on the series, where he appeared semi-regularly for Seasons 1 and 2, a single appearance in Season 3 and two in Season 5.

Another of his notable role was on the CBS series Moonlight, a paranormal romance drama which portrayed a number of vampires and other paranormal activities. Though the show was received poorly by critics, it was a huge hit with fans around the world.

Belfi appeared as Josh Lindsey. His character was the character Beth’s boyfriend, a worker at the district attorney office who gets killed by a member of the MS-13 gang. Jordan also appeared briefly on Gilmore Girls’ episode The Party’s Over.

His other guest appearances were for the television shows Hawaii Five-0 as Spencer Owens, Grey’s Anatomy as Nick, Out of the Past, Dead Air, Dead on Arrival, Trespass, Runaway Angels, An Innocent Man, Head Case etc.

Belfi has also appeared on film roles for movies like The Trouble With Romance, The Millionaire Tour, Pope Dreams, Across the Line: The exodus of Charlie Wright, Sex and the Teenage Mind, Bedrooms, Christina, , as Victor on Surrogates, as Doug on Pawn, Chlorine, snow Bride, Beyond the Lights etc.

Jordan Belfi's exact amount of net worth is yet to be revealed. But the actor has bagged a good amount of net worth from his major performance in movies and TV series. In 2014, he was a cast in the movie Beyond the Lights which became the instant hit at the box office grossing over $14 million against $7 million budget. In the movie, he appeared along with Gugu Mbatha-Raw, Minnie Driver, Nate Parker, and Machine Gun Kelly.

Jordan’s personal life is a mystery to his fans. His guest appearances in several films and series make him a celebrated personality, but not much is known about his dating history or sexuality. It is also not known if he ever has been married, has children or is single.

A well-known fact about this actor is that he is very charming.