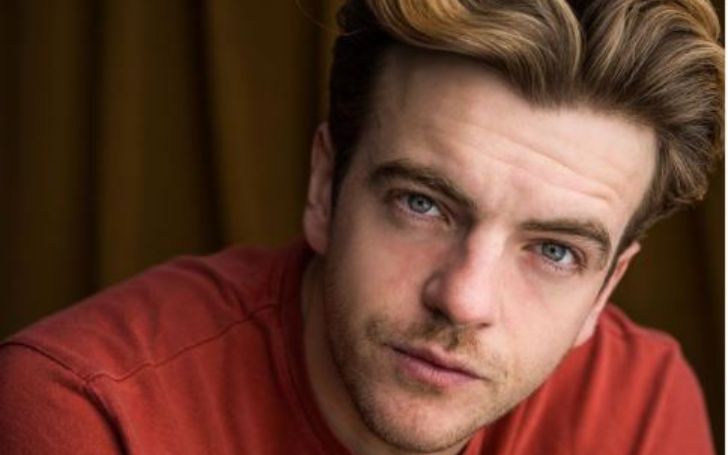 Jonno Davies is an English actor who has been active in the industry since 2013 and has dozens of acting credits in his name. He is best known for his portrayal as an Alex DeLarge in the stage production of A Clockwork Orange. These days she is known for his work as Tobias in the Amazon Prime series Hunters.

Jonno Davies was born under the birth sign Cancer on July 17, 1992, in Chesterfield, England as Jonathan Davies. He is of British nationality while his ethnicity is missing. When he was around five years old, he moved to Milton Keynes, Buckinghamshire along with his family.

Regarding education, he completed his graduation in 2013 from the Italia Conti Academy of Theatre Arts. While he was in school days he broke his collar bone in a rugby match.

However, the information regarding his parents and siblings is missing.

Is Jonno Davies married? Who Is His Partner?

The 29-years-old, Jonno Davies is a married man. He has shared the wedding vows with his longtime lover, Rachel Bright on July 10, 2021, at the Groucho Club in London in the fourth attempt. Before this, they tried to married in October 2020 but the wedding was postponed on three occasions due to Covid-19 restrictions. 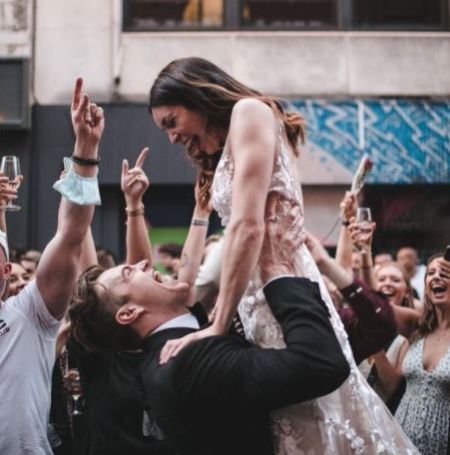 The pair first met in 2014 while they co-starred in Dracula at the Edinburgh Festival Fringe. Soon they started dating each other and got engaged in February 2019.

How Much Is Jonno Davies' Net Worth?

Jonno Davies has a net worth of $1 million as of 2021 from his career as an actor since 2013. The average salary of an actor in the USA is around $59000 per annum, so he also might be getting paid his salary in the same range.

While talking about his acting career, he made his debut in 2013 from his appearance in the TV series, Casualty as Adam Trenton. The other cast of the show includes Derek Thompson, Amanda Mealing, Chucky Venn.

After this, he has worked in movies and series such as Doctors, Kingsman: The Secret Service, Samuell Benta's Perceptions, Spotless, Hollyoaks, Ben Hur, King of Crime, Silent Witness.

His career got notable after he was cast in the American drama streaming television series, Hunters as Tobias. In the series, he has shared the screen alongside Al Pacino, Logan Lerman, Josh Radnor, among others.

Also, he is part of the series, Holby City as Leo Powell.