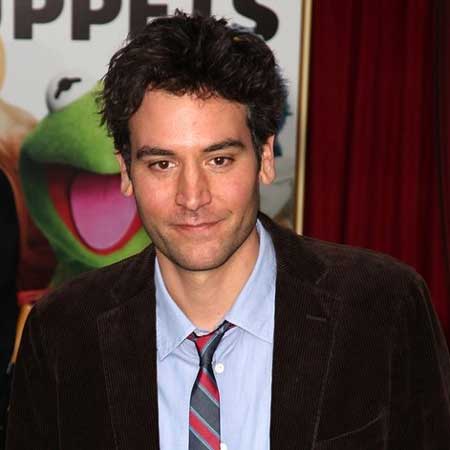 Josh Radnor is an American actor/director, producer and a screenwriter who is mostly known for portraying Ted Mosby on the most famous Emmy Award winning sitcom How I Met Your Mother. He made his writing and directorial debut with the 2010 comedy drama film Happythankyoumoreplease. He currently filming F*cking People alongside Carly Chaikin, Aya Cash, Samira Wiley and Adam Shapiro.

He won the Sundance Film Festival Audience Award for his debuted movie and he was also nominated for the Grand Jury Prize. He portrayed Isaac in the Broadway play which helped him earned a Tony Awards for Best Play nomination.

Josh Radnor was born in Columbus, Ohio. He is the son of Carol Radnor and Alan Radnor. His father is a counselor at a high school and mother is a malpractice lawyer. He has got two sisters named Melania and Joanna Radnor.

Josh grew up in Ohio in a small city inside Columbus. He joined Orthodox Jewish Day School and was raised in Conservative Judaism. Then he went to Bexley High School and completed his school level education.

Radnor then joined Kenyon College where he graduated with a Bachelor of Arts in drama. He received his Master of Fine Arts degree in acting from New York University.

Josh Radnor was cast in "The WB" series "Off Centre". He made his debut in the stage version of “The Graduate” co-starring with Kathleen Turner and Alicia Silverstone. He starred Westfeldt in the premiere of the play Finks.

Radnor's second directional effort “Liberal Arts” starring himself and Elizabeth Olsen premiered at the Sundance Film Festival on January 22, 2012.  He appeared in the Broadway production of disgraced which opened at the Lyceum Theatre.

Radnor confirmed his association with Australian musician Ben Lee, currently recording their debut album, “Love Songs for God & Women. Randor is all set to direct the movie “The Leaves” which is a thriller film.

Radnor didn't grow up in any repressive, super religious environment. He values love and connection, friendship and community.

Josh is an avid Cloud Cult fan where he collaborated with the band to make the film “The Seeker” in the year 2016. He was also nominated in the award show for the movie “Happythankyoumoreplease”.

Radnor is an American by nationality and follows Judaism. His sun sign is Leo. He is one of the talented actors but apart from acting, he is also interested in Music. He has an affair with many girls who include Lindsay Price who is an actress as well as a singer.

After Price, he has a relationship with Julia Jones an actress and Marisa Tomei. Although he has an affair with many actresses he is still unmarried.

Randor’s net worth is reported to be around $16 million. Randor is paid a fine amount of $225,000 as per episode and is living a luxurious life. He is interested in car collection and has got a Mercedes SUV worth $56,000.