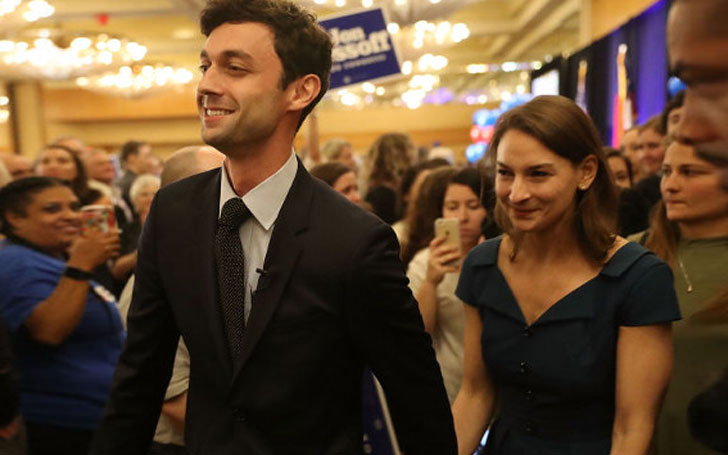 Jon Ossoff, the American filmmaker, and politician got engaged to his girlfriend, Alisha Kramer, on May 5, 2017. The duo dated for many years before getting engaged.

Curious to know about Ossoff's personal life? Keep reading as we have some exclusive details!

The 30-years-old filmmaker/politician proposed his girlfriend Doctor Alisha Kramer on 5 May 2017. Next day, his supporters and followers from Georgia Federation of Democratic Women congratulated the newly engaged couple when they appeared in Marietta.

The Georgia Democrat has received national attention in his race against Karen Handel to win the US House of Representatives seat vacated by Tom Price. Handel congratulated him on his engagement.

A month before, in an interview with CNN’s Alyson Camerota, he refused to speak about his personal life. But now his protestors are saying that the timing of his engagement is a political move. Ossoff is not announced marriage date yet.

Who is Jon Ossoff’s fiancée?

Dr. Alisha Kramer is his schoolmate, they both attended the same school Paideia School -an independent pre K - 12 School in Druid Hills. They started dating as teens. Alisha enrolled at Georgetown University in 2008, a year before he graduated.

She completed Biology of Global Health, according to her LinkedIn page. She also spent sometimes in Denmark while studying in Georgetown.

Her work dealt with global health issues, including HIV/AIDS, women’s health, according to her author bio on impatient optimists’ blog for the Bill & Melinda Gates Foundation.

Alisha’s mother is a psychologist, and her father is a lawyer. Kramer currently studies Obstetrics and Gynecology at Emory University School of Medicine.

Jon Ossoff is a native of Atlanta, Georgia and was raised at Northlake, an incorporated community of Georgia’s 6th congressional district. He interned for Georgia congressman and civil rights leader John Lewis during his high school.

In 2013, he founded the company Insight TWI, a small business which produces official and organized crime documentaries for international news organizations.

In 2016, he was an executive producer for a documentary film by Insight TWI for BBC Three; the film exposed atrocities committed by ISIL in Iraq.

He quickly emerged as the most viable Democratic candidate out of a large field of candidates. Jon Ossoff has criticized POUTS Donald Trump, saying he has a great respect for the office, but he doesn’t have great personal admiration for the man himself.