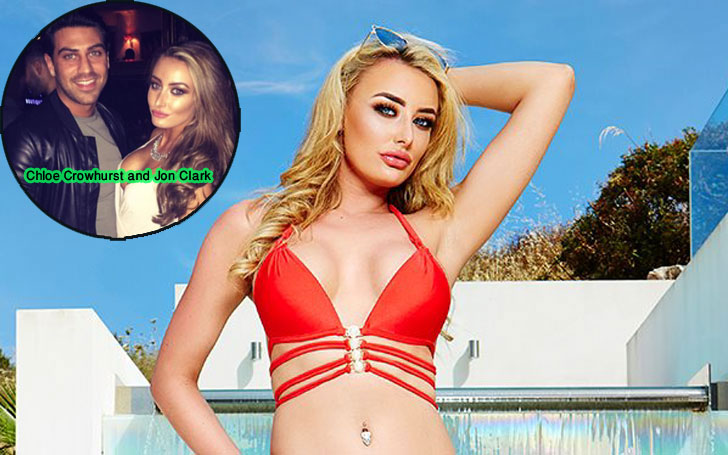 ITV dating reality show, Love Island is currently in a  rating battle with the Channel 5's Big Brother. And  Looks like the real drama of Love Island is winning. Well, talking about winning, some former Islanders are making quite a stir on social media.

Former Love Island stars Jon Clark and Chloe Crowhurst hit the social media with their arguments just a few weeks ago, however, the couple seems to have come to the point of a mutual understanding by now. Are Jon Clark and Chloe Crowhurst back again after being dumped from Love Island and despite the bitterness in their relationship before? Well, let's find out here.

Former Love Island star Jon Clark and his ex-girlfriend, Chloe Crowhurst who went through public spat through their tweets before seem to have ended the war by now. Clark and Crowhurst were spotted kissing publicly on London road a few weeks back. 22 years old Crowhurst was dumped recently from the Villa after she failed to build a connection with her partner Sam  Gowland.

Crowhurst is now reportedly back with Joh Clark who once called her 'evil b***h' and also accused her of using him for fame and cheating on him.

Friends for life, so thankful to of met these beauties! Can't wait to see them all???? #loveisland

He also revealed that he was totally unaware of Crowhurst being on the show, however, Crowhurst argued that they were no longer together and it didn't bother her. She told The Sun:

"We broke up a number of months ago. I’m single and have been for the past few months."

However, the couple was spotted smooching outside London nightclub DSTRKT despite their argument before. A source close to The Sun revealed that the things are getting better between the couple and Crowhurst is even thinking of joining TOWIE.

A source close to the couple said:

"Jon and Chloe still have feelings for one another and are back together trying to work things out." "Chloe was extremely popular with Love Island viewers and TOWIE bosses know she’d be a huge hit with audiences on the show, so she is already in talks to join the cast."

After being dumped from the Villa, Crowhurst insisted that she had no interest in getting back to her ex despite the TOWIE star claims she is begging to get back together!

Clark certainly watched his ex and Sam Gowland being dumped from the show, to which he cryptically tweeted:

Looks like Chloe Crowhurst and Jon Clark are together again and Crowhurst is also going to make her come back with Clark in TOWIE.

22 years old Crowhurst was dumped recently from the Villa after she failed to build a connection with her partner Sam  Gowland. Before Sam, she was paired with Kem and Mike. Jon Clark who is the runner-up of Love Island in 2015 branded his ex- girlfriend as 'evil b***h' and also accused her of using him for fame and cheating on him.