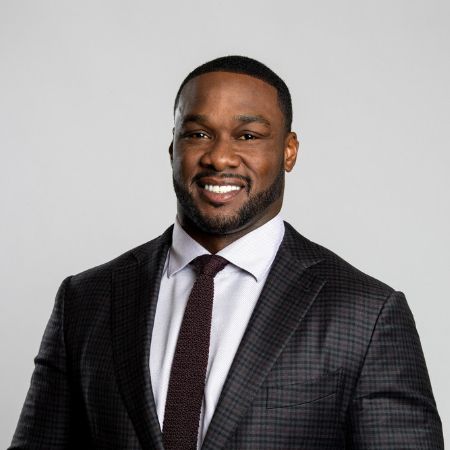 Jon Beason is an American former football linebacker turned football analyst. He played on the NFL teams the Carolina Panthers and the New York Giants. Since 2019, Beason works for ESPN and the ACC Network as an analyst and the co-host of the show, All ACC.

How Old is Jon Beason? What is his Height?

Beason attended Chaminade-Madonna College Preparatory School in Hollywood, Florida, graduating in 2003. As a senior, Beason played football from multiple positions including linebacker, strong safety, and fullback. He was a sports junkie in general and in addition to football, also ran track and played basketball.

After his graduation, he attended the University of Miami in Coral Gables, Florida, where he pursued a degree in sports administration. Throughout college, Beason was a collegiate football player, starting out at fullback before finding his stride as a linebacker.

At the 2007 NFL Draft, Beason was drafted by the Carolina Panthers -- a first-round pick and the 25th overall. He played for the team as a middle linebacker and made his Pro Bowl debut in 2009. 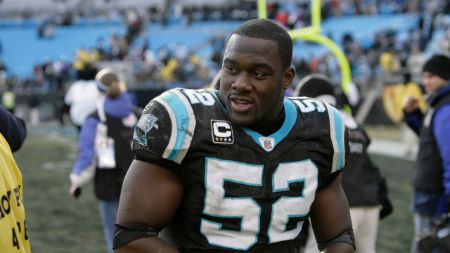 On July 28, 2011, Beason signed an extension with the Panthers for a whopping $50 million-over-5-years deal, making him the highest-paid middle linebackers in NFL history.

After being sidelined most of his career due to injuries, Beason was traded off to the New York Giants on October 4, 2013.

His time with the Giants was more prolific and his performance led to him signing an extension with the NFL team on March 12, 2014, a three-year contract for $16.8 million. His injuries continued to haunt him most of his career, having to sit out games and tryouts, before a culmination of his injuries caused him to retire prematurely.

As a result of a culmination of ankle and knee injuries, Beason announced his retirement on February 10, 2016. 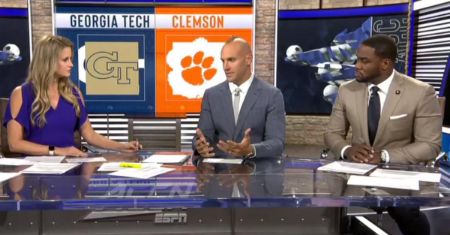 Post-retirement, Beason remained a fixture of football as an analyst. He has lent his expertise to football panels on such networks as FOX and CBS. Since 2019, he has worked as a sports analyst for ESPN and its subsidiary, the ACC Network. On ACCN, Beason is the co-hosts the flagship news and information show, All ACC.

Besides that, he had an appearance in the episode titled "Move the Chains" on the first season of the HBO comedy-drama series Ballers, starring Dwayne Johnson.