Facts of Joji AKA Filthy Frank AKA Pink Guy

He has risen his fame through the songs like Joji sanctuary, worldstar money, like you do, yeah right and many others.

Joji was born as Filthy Frank on September 18, 1992, in Osaka, Japan, to a Japanese mother and an Australian father. As of April 2022, the singer is 29 years old. He is a graduate of the Canadian Academy in Kobe, Japan, class of 2012.

Miller moved to the United States at the age of 18 and pursued higher education in Brooklyn, New York. Later, he graduated from the New York Institute of Technology.

At one point, Miller had three very successful channels on YouTube: DizastaMusic, TVFilthyFrank, and TooDamnFilthy. They combined had over 13.1 million subscribers and over 2.4 billion combined lifetime video views. He presently has 7.85M subscribers on his YouTube channel as @TVFilthyFrank.

He became the stuff of internet legend with his YouTube persona "Frank Show" and "Pink Guy," creating off-the-cuff humorous content. His flagship show, "The Filthy Frank Show," propelled him to nearly the top of the YouTube mountain. 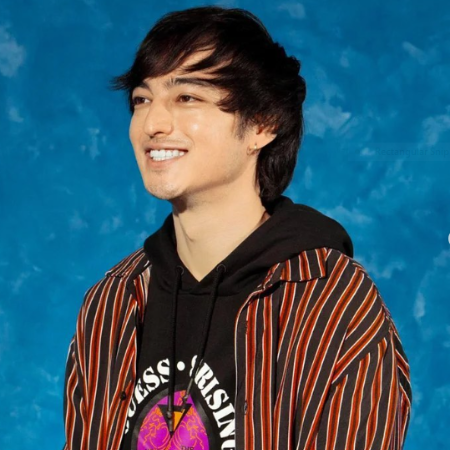 However, the media personality officially retired from YouTube in late 2017 to pursue music. While he had dabbled in music as "Pink Guy," this time, he wanted to produce serious music. Adopting the alias Joji, Miller has released two studio albums, Ballads 1 (2018) and Nectar (2020).

At one point, Joji was one of the most popular YouTubers in the world, with his three YouTube accounts garnering over 13.1 million subscribers combined.

While all three of his YouTube accounts are defunct, Joji is still active on social media. His Instagram had over 6.2 million followers, and his Twitter has 1.7 million followers as of 2022.

He posts videos of himself singing, dancing and traveling, trying different food on his official Instagram account as @ Sushitrash.

He is, nonetheless, believed to be single. Once, the singer was rumored to date an Australian model, Lily May Mac; however, the information wasn't confirmed by any media.

According to celebritynetworth.com, Joji had a net worth of $7 million before some years. A singer-songwriter, record producer, former Internet personality, YouTuber, and comedian, Joji reportedly made as much as $2.6K - $41.5K monthly ($31.1K - $498.2K yearly) at the height of his YouTube fame.