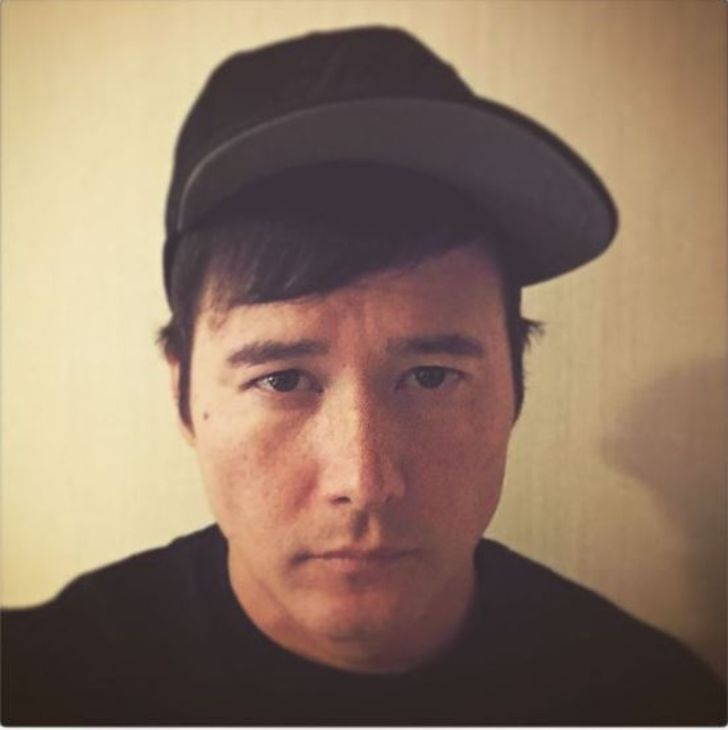 Multi-talented Johnny Yong Bosch leaves no industry of his interest without his stints, either it is music, acting, voice-over, or martial arts. Widely famous for portraying Adam Park (Black Ranger) in the Power Rangers franchise (both TV series & films), Bosch showcased his prominence in vocals as well- has released 8 studio albums.

Furthermore, since 2000, the Kansas City native is active in voice-over and has worked in dubs for animes such as Naruto: Shippûden, Danganronpa 3 series, Baki, Fairy Tail, Bleach, and Black Clover.

When and Where Was Johnny Yong Bosch Born? Age and Height?

John Jay Bosch was born on January 6, 1976, in Kansas City, Missouri, the United States, as the Yongest of four children in the family. His American father with Irish-German ancestry was in the army while his mother is Korean. Johhny of Christian belief holds American nationality. He has three siblings: Cindy, Michael, and Diana.

While he often holds professional credits under the name 'Johnny Yong Bosch', the Power Rangers actor also dictated another name 'Kevin Hatcher' in some voice-overs. Namely in Heaven and Earth (2004), Boys Be... (2006), and Haré+Guu (2006-07).

The Garland, Texas-raised personality sought interest in martial arts since a Yong age and that proved him an advantage while auditioning for Power Rangers. Turned professional in 1994, Johnny then landed as Adam Park (Black Ranger) in Season 2-3 of Mighty Morphin Power Rangers (1994-96).

Voice-Over In Anime And Animated Films

Beginning in 2000, Johnny Yong Bosch earnestly began working as a voice actor; made his debut through Trigun (2000), followed by the film in Akira (2001). Most notably, he voiced in the English dub-versions of animes.

Since 2020, he works for Funimation Dub, voicing Sabo in One Piece.

Some video-game credits in his name are:

While turning up his head to focus on acting and voice-over, Bosch career out his fascination with music as well.  In his band Eyeshine, he would give vocals, wrote songs, and played guitar. In 2011, the band even released an instrumental album Sonosis. Reportedly, the band gave its last performance at Yama-Con in December 2017.

Who Is Johnny Yong Bosch Wife? Any Children?

The American actor, voice actor, as well as musician, is married and is the father of two children. Currently, he lives in Los Angeles with his wife Amy Bosch; they exchanged vows on March 21, 2003. The pair, however, is yet to reveal when and how they began dating, but indeed shares an adorable relationship.

Together, they welcomed a daughter named Novi and a son named Jetson.

Net Worth Of Johnny Yong Bosch

Ever since his professional career journey in 1994, Johnny totals more than 350 credits including work as an actor and voice actor. As of 2021, Bosch has an estimated net worth of $2 million- thanks to his earnings from on-screen ventures.

On average, an actor in the United States earns $57,000 per year, while a voice actor makes $38,237 annually. The payroll can go up significantly depending on the project and the actor's work.