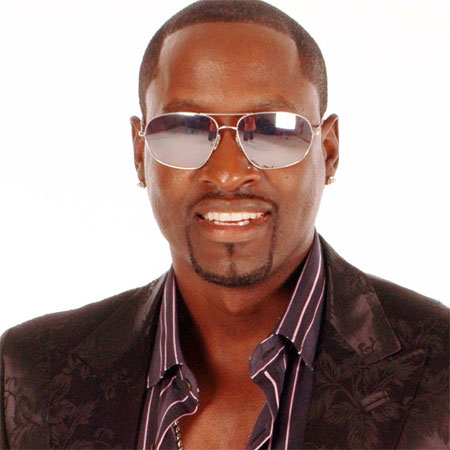 Johnny Gill is an American singer-songwriter and actor. He is best known as a successful solo recording artist and as the lead singer of the platinum-selling boy band New Edition. Besides, Gill is an actor who has worked for a number of hit projects like Madea's Family Reunion, and more.

Johnny Gill was born on May 22, 1966, in Washington, D.C., United States of America. He belongs to American nationality and his ethnicity is black.

Gill spent his childhood in Washington. He is the son of Johnny Gill Sr., who is the minister and Annie Mae Gill and he has three brothers. Beginning at the age of 5, Gill sang in his family gospel group, Wings of Faith. That composed of him and his brothers Bobby, Jeff, and Randy.

Although at an early age, Gill stood because of his mature voice sounding wise beyond his years. His childhood friend, singer Stacy Lattisaw, helped Gill to record a demo that got him a record deal in 1983 when he was 16.

He attended many schools in her studying periods like Kimball Elementary, Sousa Junior High, and Duke Ellington School of the arts. After that, Gill planned to attend college to pursue a degree in electrical engineering. However, he decided instead to focus on his singing career.

Gill took fame took another leap when, in 1987, when he was recruited by Michael Bivins to move New Edition. His deep, distinctive voice helped the group forge a more sound that proved timely as the group members were nearing their twenties.

The group 1987 album, Heart Break, featured a more adult and included the hit singles Can You Stand the Rain. That song went to No. 1 on the R and B charts. Johnny Gill reached his potential when his second self-titled album, was released in 1990. While Gill signing with Motown Records as a solo artist.

Johnny Gill has released several solo songs in his career. His second self-titled album had several hit songs. He released Provocative in 1993 and presented his next album Let's Get the Mood Right in 1996.

These days, New Edition is best known as the occasional home of Bobby Brown, who out of the group since the mid-80s. That time he was booted out and replaced by Johnny Gill.

Johnny Gill has an estimated net worth of $10 million, according to celebrity net worth, in 2019. The artist has released a number of hit songs and charter-buster albums. It is also his major source of income.

Gill also often go for the tour promoting his albums. From where the artist obviously made an agreeable amount of money.

Moving to his personal life, the 53-year-old Johnny Gill has never been married. Reportedly, the artist has been in a relationship with a model Carissa Rosario. The couple is also engaged now.

However, Gill as of now has not introduced anyone as his boyfriend. But, he is the father of a son named Isiah Gill, who was born in 2006. The mother of his son is a Washington, D.C. journalist. He has often told in an interview that he has regretted the most about this incident for his whole life.

Johnny Gill's sexuality has often been a source of speculation. He is expected to be a gay and was rumored to be in a gay relationship with superstar comedic actor Eddie Murphy. However, there were no proofs to support the rumor. Gill has always denied the rumor and said that it affected his past relationship.

Johnny Gill is quietly dating Sherri Shepherd at present. Shepherd confirmed the news and told that she wanted to sleep with Gill.